As Southern states continue their unconstitutional attacks on women, Nevada and Illinois just made big moves to expand abortion rights.

Progress is still on the march, even in times of darkness. 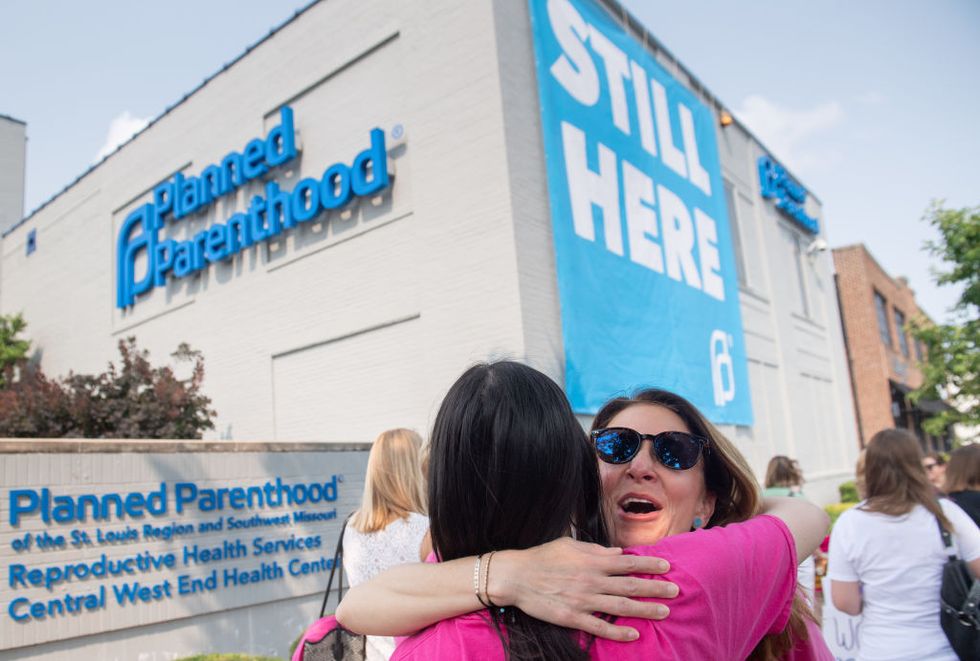 Nevada and Illinois are among the states either supporting measures or already passing laws to ensure that abortion remains a fundamental right for its citizens. This, as states like Alabama and Georgia pass laws severely restricting women’s access to legal termination of pregnancy.

“What’s happening across the country should serve as a reminder to women of this generation that the rights we have related to reproductive freedom were not given to us; they were fought for,” Nevada state Sen. Yvanna Cancela told Vox. “The fight for reproductive justice has to be ongoing.”

Nevada’s newly passed law, known as State Bill 179 or the “Trust Nevada Women Act,” prohibits doctors from discussing the “emotional implications” of abortion with patients. According to CNN, the new law also decriminalizes doctor’s actions related to administering abortion, including providing misscarriage­inducing drugs—a felony offense that carried with it up to 10 years in prison.

Similarly, Illinois recently passed the Reproductive Health Act. The new law establishes abortion as a “fundamental right” for women and repeals the Illinois Abortion Law of 1975, which asked for things like spousal consent and placed restrictions on facilities where abortions were performed, according to the Chicago Tribune.

“Illinois is making history, because our state will now be the most progressive in the nation for reproductive healthcare. In Illinois, we trust women to make the most personal and fundamental decisions of their lives — and now, that will be the law of the land, even as it’s under threat in other states,” Illinois Governor J.B. Pritzker said in a statement.

The laws in Nevada and Illinois are a huge statement considering what’s going on in other states. Alabama, Georgia, Louisiana, and Missouri are among the states that seem to be launching an attack the protections afforded to women under Roe v. Wade in hopes of overturning the landmark ruling. The strict laws in those states criminalize abortion and/or restrict abortion so much that very few women will be afforded the right to even consider it as an option, prompting an outcry from women across the United States.

Still, the bills’ supporters remain steadfast in their mission and really make no qualms about the restrictive nature of the legislation.

“The sponsors of this bill believe that it is time, once again, for the U.S. Supreme Court to revisit this important matter, and they believe this act may bring about the best opportunity for this to occur,” Gov. Kay Ivey said in a statement. “To the bill’s many supporters, this legislation stands as a powerful testament to Alabamians’ deeply held belief that every life is precious and that every life is a sacred gift from God.”

Big picture, what does this all mean? Essentially women’s reproductive rights are taking center stage in American politics and the states pushing forward statutory initiatives, whether restricting or expanding abortion rights, want it to be a part of the public conversation. It’ll be an important issue as the 2020 presidential election fast approaches, so more developments are sure to come.