A new law just passed in the Philippines requires students to plant 10 trees in order to graduate.

A brilliant way to encourage people to plant trees. 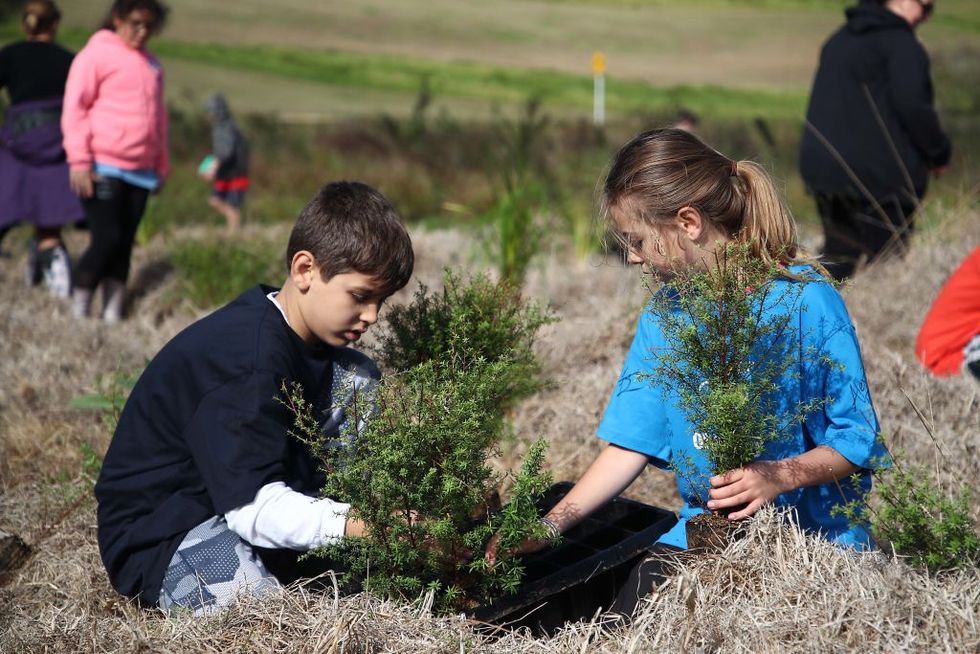 In an effort to combat global warming, one small island nation is enlisting its students to exercise their green thumbs and leave behind a living legacy for future generations.

The Philippines recently passed a new bill, the "Graduation Legacy For the Environment Act, which requires all “elementary, high school, and college students to plant at least 10 trees each as a prerequisite for graduation,” officials announced in a press release.

According to lawmakers, the impact will be significant, with the act resulting in an estimated 525 million trees planted over the course of a single generation.

The species of trees will be chosen based on the location, climate, and topography of the area, with a preference for indigenous species.

They will be planted in “forestlands, mangrove and protected areas, ancestral domains, civil and military reservations, urban areas under the greening plan of the local government units, inactive and abandoned mine sites, and other suitable lands,” the press release states.

Deforestation has been a major concern for the Philippines, which saw a 50 percent drop in forested land during the 20th century primarily due to logging, Forbes reports.

“Estimates place forest cover in the Philippines in the year 1900 at 21 million hectares, covering 70% of the total land area. By 1999, forests covered 5.5 million hectares; only 800,000 hectares of this was primary forest. As illegal logging continues, the remaining forest is endangered,” according to the Environmental Science for Social Change.

Officials are aware of the country’s need to take action and are hoping this bill will help reverse the damage that’s been done.

“With the continued rise in urbanization, our ecology is suffering in the sense that trees are being cut to give way for various infrastructure projects," Rep. Strike Revilla, the bill’s co-author, said.

"It is the policy of the State to pursue programs and projects that promote environmental protection, biodiversity, climate change mitigation, poverty reduction, and food security. To this end, the educational system shall be a locus for propagating ethical and sustainable use of natural resources among the young to ensure the cultivation of a socially-responsible and conscious citizenry," the press release states.

Several government agencies, including the Department of Education and Department of Environmental Natural Resources, will be responsible for “nursery establishment, seedling production and site preparation, monitoring and evaluation, and technical support and extension services. They must also provide security, transportation, fire protection amenities, and medical support.”

The bill was passed by the country’s House of Representatives and is currently awaiting approval from the Senate.