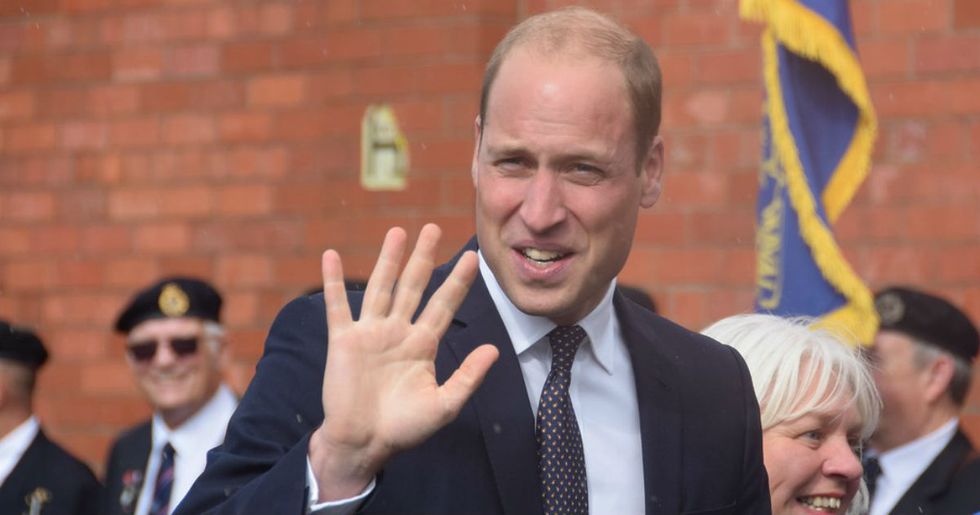 Many LGBTQ youths become homeless because they were kicked out of their homes by parents who don’t support their sexuality. But Prince William’s children won’t have to go through that experience, and it’s not just because they’re massively wealthy. Prince William said he would be “absolutely fine by me” if one of his three kids was gay. However, Prince William admits that while the royal family would embrace a gay royal, but, unfortunately, the world might not be so accepting.

Prince William visited the Albert Kennedy Trust. The visit was historic in of itself because it was the first time that any member of the royal family visited an LGBTQ youth charity. The charity works to fight against LGBTQ homelessness. During the visit, Prince William was asked, “If your child one day in the future said, ‘Oh I’m gay, oh I’m lesbian,’ whatever, how would you react.”

The future king of England had a thoughtful and supportive response. “Do you know what, I’ve been giving that some thought recently because a couple of other parents said that to me as well,” William said. “I think, you really don’t start thinking about that until you are a parent, and I think — obviously absolutely fine by me,” he replied.

But Prince William doesn’t have a problem with the sexuality of his children, rather the way said sexuality would be perceived. "I wish we lived in a world where it's really normal and cool, but particularly for my family, and the position that we are in, that's the bit I am nervous about," he said.

Prince William’s children would live in a loving home, but they wouldn’t necessarily live in a loving world - and that’s what needs to change. "How many barriers you know, hateful words, persecution, all that and discrimination that might come, that's the bit that really troubles me,” Prince William said. "But that's for all of us to try and help correct and make sure we can put that to the past and not come back to that sort of stuff."

The royal family gets a lot of scrutiny because of their position, but Prince William said he would prepare his child to face a cruel, cruel world. “I think communication is so important with everything, in order to help understand if you’ve got to talk a lot about stuff and make sure how to support each other and how to go through the process,” he said.

It’s a huge deal for Prince William to say that he would accept his child for who they are if they turned out the be gay. It shows that the acceptance of LGBTQ people is growing more and more mainstream. However, Prince William’s comments regarding the persecution their child would likely face highlights how much more work there is to do.