Trump invited the Boston Red Sox to the White House. Only white players showed up. 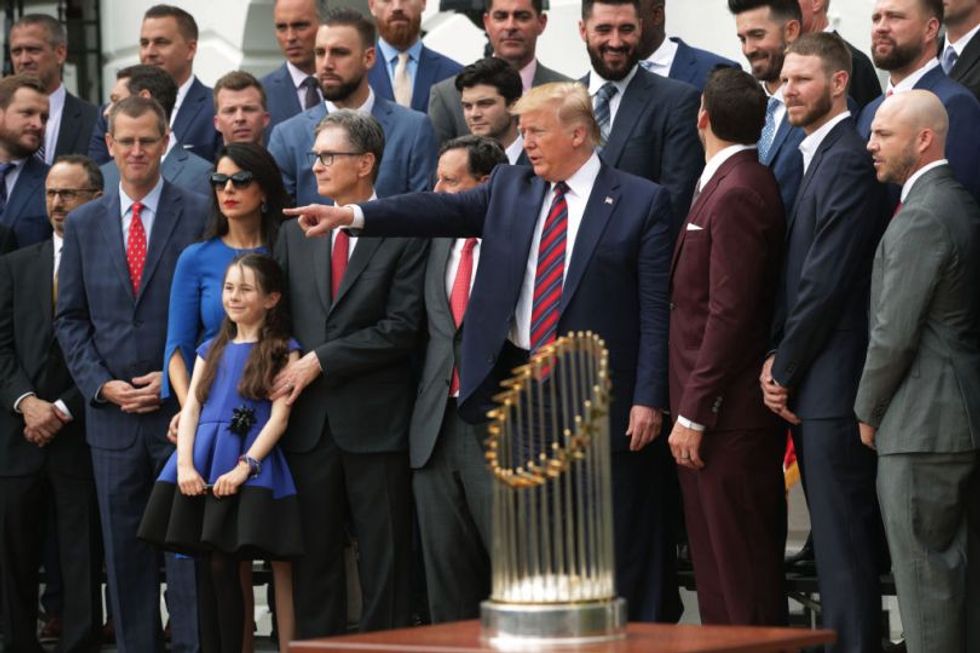 Professional sports teams have had a complicated relationship with President Trump. Traditionally, championship winners of the major, professional sports organizations visit the White House for an apolitical meet-and-greet with the commander-in-chief. It’s a forgettable, throwaway moment that lets the president have proximity to our nation’s best athletes and lets those same athletes visit the White House and talk about sportsmanship.

Of course, like so many things, all of that has gone out the window in the Trump Administration. A number of teams like the NBA’s Golden State Warriors have very publicly declined to visit the White House, resulting in public spats with Trump. At the other end of spectrum, teams like the NFL’s New England Patriots have come under scrutiny for the friendly relationship some of its players and coaches have with Trump.

But things reached a new uncomfortable level this week when the Major League Baseball’s World Champion Boston Red Sox were invited to the White House.

Every single player and staff member of color, including the team’s manager, declined to attend.

Meanwhile, every white player and staff member showed up and shook hands with Trump.

“It’s a shame that when they had a simple moment to stand with the men on their team that felt deeply offended by Trump, the white men chose their whiteness over everything else,” political commentator Shaun King said on his podcast.”And to me that’s what Trump means.”

It was an incredibly divisive moment that sent shockwaves through sports, politics and our culture at large.

"[Manger] Alex Cora has confirmed newspaper report he will not make the trip to meet the president. So basically it's the white Sox who'll be going," columnist Steve Buckley tweeted.

Alex Cora has confirmed newspaper report he will not make the trip to meet the president. So basically it’s the white Sox who’ll be going.
— Steve Buckley (@Steve Buckley) 1557094094.0

Cora is from Puerto Rico and confirmed that his decision to not attend was primarily a result of Trump’s highly criticized response to Hurricane Maria.

"Even though the United States Government has helped, there's still a long road ahead and that is OUR reality,” Cora said. “I've used my voice on many occasions so that Puerto Ricans are not forgotten and my absence (from the White House) is no different. As such, at this moment, I don't feel comfortable celebrating in the White House.”

However, some members of the Red Sox, including players who decided not to visit the White House bristled at the notion that those who did attend were part of a racial divide within the team.

“We don’t see it as a racial divide,” Red Sox chairman Tom Werner told the Boston Herald. “We’ve been pleased to come to the White House – this is our fourth visit here and it was not a mandatory invitation. Those people who wanted to come were invited to join. I think to the extent that we can, we think baseball is apolitical. Today is neither a red day or a blue day. It’s a great day for us to be honored at the White House.”