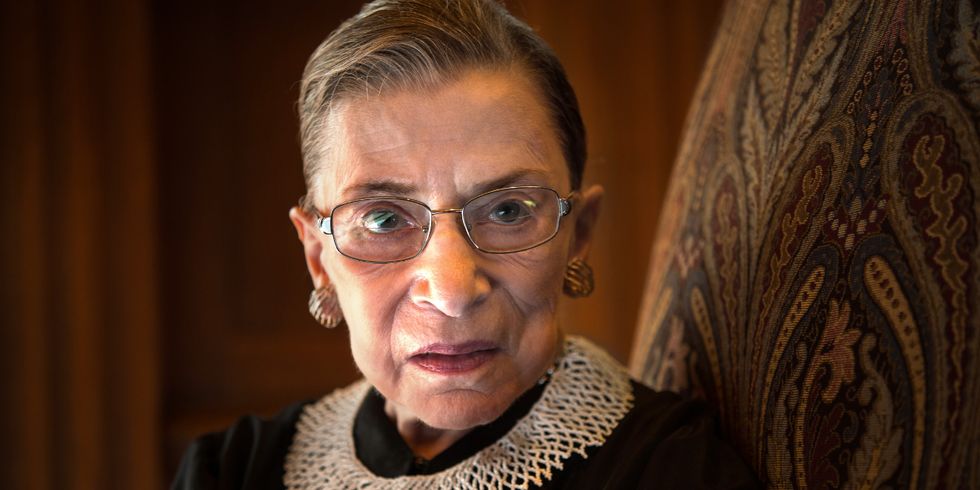 It is no secret that Supreme Court Justice Ruth Bader Ginsburg has little love for President-elect Donald Trump.

Ginsburg has been critical of Trump over the course of the presidential campaign, calling out his refusal to release his tax returns—even wryly suggesting a move to New Zealand if he was elected. Now, through a subtle fashion statement, some believe that Bader Ginsburg has made a sly rebuke of Trump’s election.

According to Tablet, the day after the election, Bader Ginsburg wore her dissenting jabot, a necklace-like accessory she normally wears when reading her dissenting opinions after a ruling. She said she’d wear it, despite not having any decisions pending on Wednesday following the election.

A subtle jab from the most important person on the court, perhaps?

Bader Ginsburg has been outspoken in her criticism of Trump. In July, she told The New York Times:

Trump, who will take office in January with both the House and Senate in tow, will likely move quickly to fill the vacant seat in the Supreme Court, cementing a conservative-leaning majority.