Sexist hypocritical men on Twitter are being embarrassed non-stop by one brilliant woman.

Here’s one clever way to fight back against double standards. 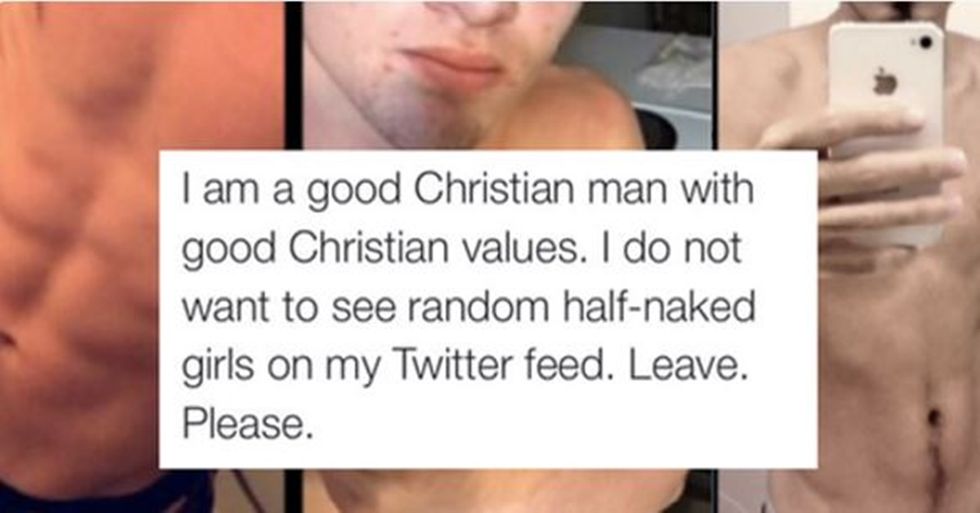 From the day they’re born women have to deal with double standards. In the office, if they’re overconfident they’re a “bitch.” Too passive? Well, then they’re a “pushover.” When it comes to expressing their sexuality, they’re either “tight” if too conservative or a “slut” if they express themselves freely.

Lindsey, the creator of Cards Against Harassment, is fighting back against men who slut-shame women for showing skin on social media. She pulled tweets from men criticizing women for showing too much skin and juxtaposed them next to shirtless photos they posted of themselves.

Her work points out another major double-standard: it’s ok for a man to go shirtless, but if a female takes off her top she’s a slut.