Nearly half of Time Magazine's 100 Most Influential People are women.

Time Magazine’s list of the 100 most influential people has more women than ever. 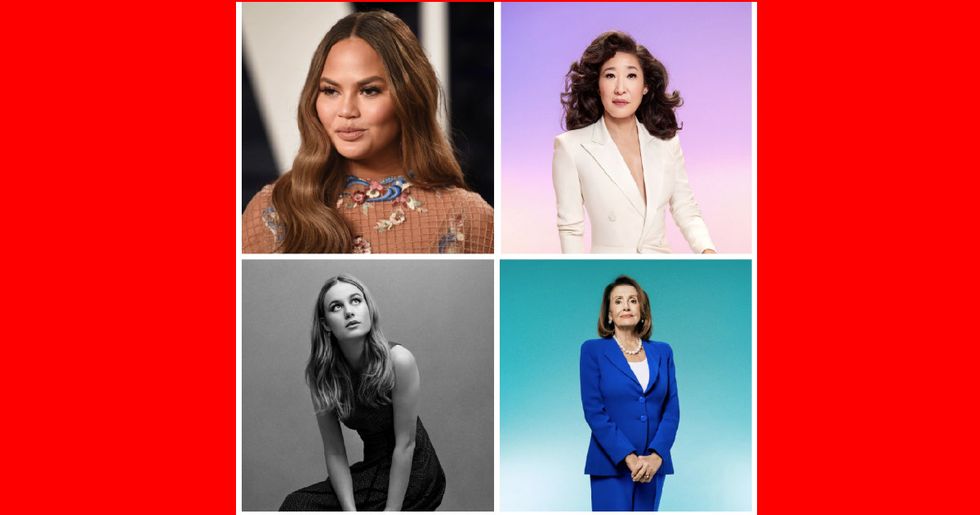 Back in the day, a woman could only influence policy by pillow talking with presidents. If a woman wanted to be influential, she’d have to bend the ear of her husband. Silently, she’d whisper sage advice, but never receive the credit for crafting the plan.

History is littered with strong women who changed the world… by telling her spouse what he should do. But now, influential women are finally getting the credit they deserve, because they’re able to change the world out in the open – and they don’t have to go through their husband or partner to do so.

Time Magazine’s list of the 100 most influential people has more women than ever.

48 of the celebs, politicians, and general badasses who made the list are women. Last year, 45 women made the list, which is way up from the first year the list was put out in 2004. That year, only 24 women were deemed influential enough to appear on the magazine’s pages.

The list is indicative of how times (and Time) are changing. “Obviously still a ways to go in our society, and the list is in some ways a reflection of our society,” Edward Felsenthal, editor-in-chief and CEO of Time Magazine said. “But it’s been an amazing year for the women on the list.”

The list was divided into five categories: pioneers, artists, leaders, icons, and titans. Each person was profiled by another different influential person.

“Her story, spoken while holding back tears, shook Washington and the country. Her courage, in the face of those who wished to silence her, galvanized Americans. And her unfathomable sacrifice, out of a sense of civic duty, shined a spotlight on the way we treat survivors of sexual violence.”

“She’s a true perfectionist and extremely precise. She remembers where she came from, and she’s very proud of that. Her father is of Norwegian descent, her mother is Thai and she’s American, and she’s bringing her culture to the food world.”

Chef Ripert added: “She’s very opinionated, and I love her for it. But what I love most about Chrissy is that she’s very much herself.”

It’s great to see women acknowledged for influencing the world, and not in an Instagram #influencer way. Maybe next year, the list will be 50% women – or, dare we be ambitious and hope for 60% women?