The election was only the beginning 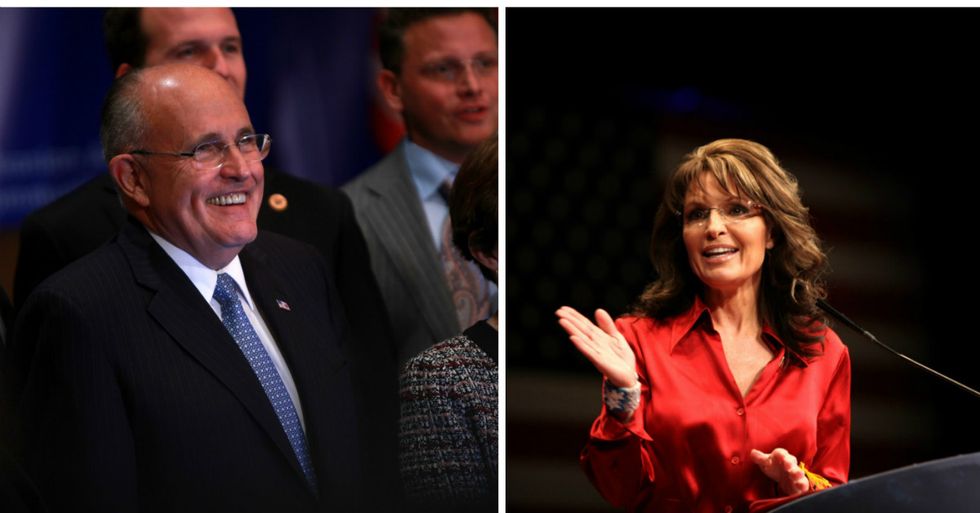 Give President-elect Donald Trump credit for one thing: he thinks it’s a jinx to build your cabinet before you’re elected. But that’s not stopping his team from dreaming out loud to the press.

It’s ok if you just threw up in your mouth a little bit. Go ahead and catch your breath.

If these names leave you scratching your head, you’re not alone. As NBC noted, some of them come with built-in problems. Flynn, for instance, would need Congress to waive the rule that secretaries of defense come into the job after at least seven years of civilian life.

But many Republicans themselves harbor more than logistical objections. Flynn has been met with outrage and consternation among traditional conservatives for his strikingly warm relationship and casual attitude toward Putin’s Russia.

Meanwhile, Gingrich, not known for his skill in foreign affairs, has also been keeping up his roguish pontificator’s streak, telling “Meet the Press” we’re about to lose a decade to bitter national feuding regardless of who wins the White House. Mnuchin, a Goldman Sachs alum, is the kind of guy many people are voting for Trump in the hopes of hounding out of politics. And Giuliani is taking heat for his possible role in the FBI leaks around the poorly handled final phase of the Clinton investigation.

At least one famous name is absent from the shortlist of Trump cronies—Chris Christie, who has notoriously little to show for his habit of bear-hugging pols from Obama to Trump. Though some reports say he’s actively pushing behind the scenes for a shot at attorney general. Opportunism: the worst jinx of all?