More people watched the Democrats’ rebuttal to Trump than his actual speech.

We’re all part of the resistance now. 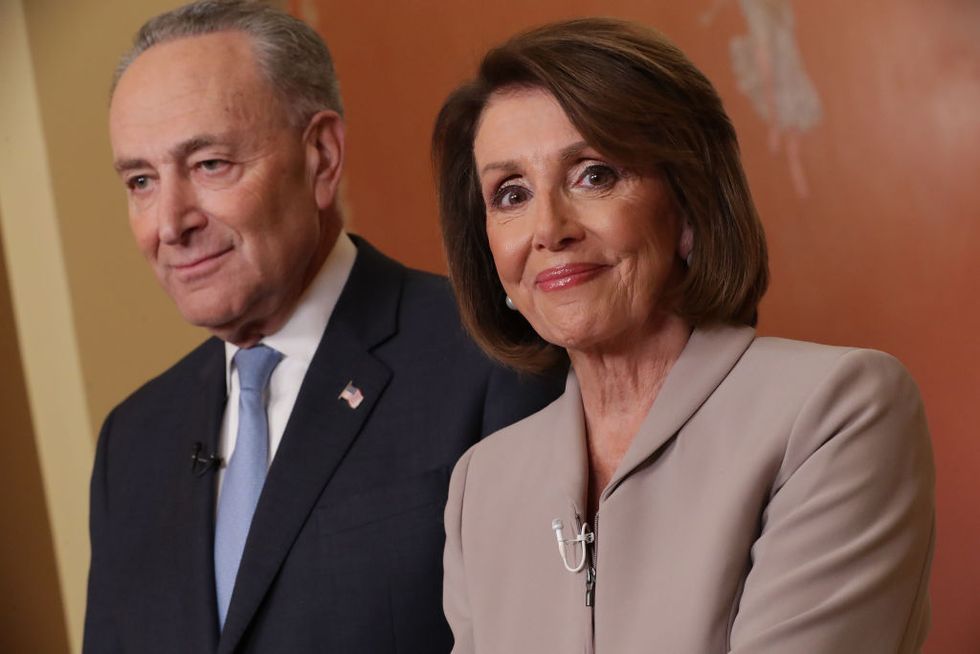 When it comes to Trump hysteria, it seems that more and more Americans are just over it. President Trump used a rarely deployed power of the presidency when he asked for the broadcast and cable networks to carry his address on illegal immigration.

These sorts of events are usually reserved for national emergencies, tragedies, or exceptional news events. Think President George W. Bush Bush addressing the nation after the terrorist attacks on September 11, 2001. And in comparison, President Obama was denied coverage when he asked the networks for a similar platform to discuss immigration back in 2014.

“In preliminary numbers, the quarter hour (9-9:15 p.m. ET) containing the president's speech drew a combined 28.1 household rating in metered markets on ABC, CBS, Fox, NBC, CNN, Fox News and NBC. The following 15 minutes, including analysis and the Pelosi-Schumer rebuttal, averaged 29.3 across those same networks, a bump of about 4 percent."

In other words, when it comes to building national engagement, Trump may be The Apprentice but his Democratic foils are the masters.

And the deeper numbers indicate those tuning in are more likely to be opposed to Trump's request for $5.7 billion in funding for a border wall. After all, left-leaning networks like MSNBC saw a greater audience (4.24 million) than conservative-leaning and non-partisan networks like Fox News.

It's unclear exactly what impact Trump's speech (and the Democratic rebuttal) will have on actual policy. But if Wednesday's meeting between Trump, Pelosi and Schumer is any indication, the tailwinds are not blowing in Trump's favor, based on his own tweet admitting he stormed out of the meeting immediately after running into the first bit of resistance from his congressional counterparts.