The New Drug Wars Are Looking At The Wrong Enemy

A border wall, no matter how tall, will not stop the drug problem in America 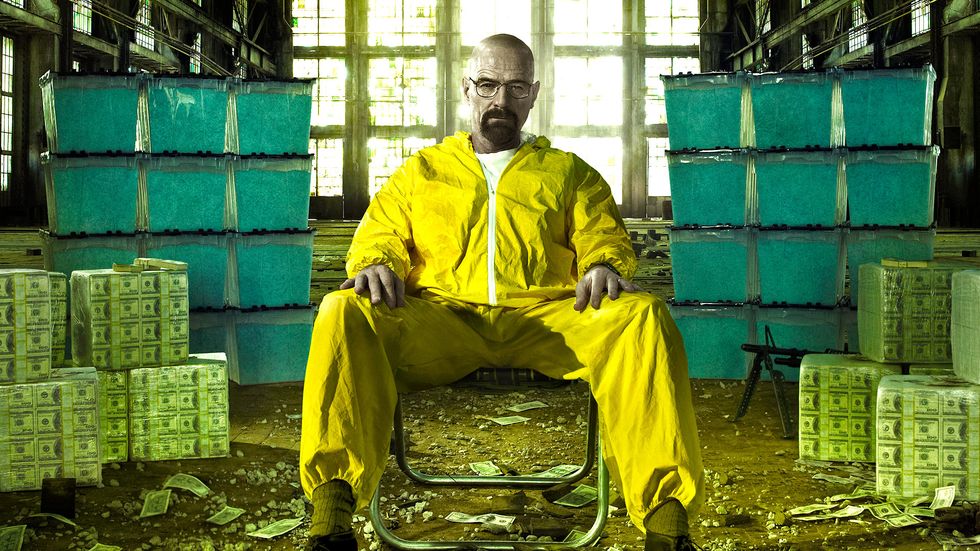 President Donald Trump kicked off Monday with a three-part Twitter rant. His message this time was quick and to the point:

The Wall is a very important tool in stopping drugs from pouring into our country and poisoning our youth (and many others)! If

....the wall is not built, which it will be, the drug situation will NEVER be fixed the way it should be!

Trump’s tweets highlight one thing: He’s totally ignorant on how to actually fix the drug problem in America. (Oh, and that he still hates the media.)

Don't let the fake media tell you that I have changed my position on the WALL. It will get built and help stop drugs, human trafficking etc.
— Donald J. Trump (@Donald J. Trump)1493123788.0

In 2015, 12,989 U.S. citizens died from from heroin overdoses. Deaths from synthetic opioids, including fentanyl, accounted for 9,580 lost lives. And prescription painkillers, like OxyContin and Vicodin, killed 17,536 people.

These numbers, as CBS News reported, show that more Americans died as a result of heroin overdoses than gun homicides. Overdose deaths were higher in 2016 than deaths caused by car crashes and suicide. Because of the severe and sincere opioid epidemic in this nation, American’s life expectancy dropped for the first time in more than 20 years.

How then will Trump’s wall fix this? Simple, it won’t.

The Wall at the border of Tijuana, Mexico and San Diego. The crosses represent migrants who died in the crossing attempt. Some identified, some not.

“Walls have not stopped drugs, especially heroin. It is the easiest drug to traffic in small batches across a border because it is so easily condensed—and easy to cut later,” Sam Quinones reported for The New York Times. “The rancher from Sinaloa told me he put a little more than a pound and a half of heroin in those shoes, clearing as much as $12,000 in a single trip to the States. You could never fit enough cocaine, meth, or marijuana into a shoe to make it worth the risk. ‘They’re too voluminous,’ he told me.”

But comparing small-time drug mules pushing miniscule amounts of heroin over the border in their shoes to the opioid epidemic is like comparing apples to asteroids.

Take the aforementioned fentanyl, for example. As the National Institute of Drug Abuse explained, fentanyl is a synthetic opioid. It very cheap, easy to make, and even easier to buy. It’s about 50 times more powerful than heroin and is regularly used to treat patients with severe pain or as a way to manage pain after surgery. But because of its popularity as a pain killer, it’s seen a huge rise in illegal sales as well.

“A lot of fentanyl comes through the U.S. mail and mailing services down to 100 or 200 grams,” Russ Baer, a spokesman for the Drug Enforcement Agency, told Wired. “They are able to cut out the middleman, order from the internet from the vendor, and two or three days later have those deadly substances on the front door.”

Beyond Chinese internet pharmacies, services like the Silk Road, which once allowed people to openly purchase their drug of choice over the internet, and the likely internet drug delivery copy cats to come, make it clear that fighting the drug war on the border between the United States and Mexico simply won’t suffice.

From planes to boats to shipping containers, one-way submarines, and the wonderful invention of the internet, the drug trade is far more advanced than any “tremendous” wall Trump could even imagine. But there’s still one perpetrator we haven’t discussed.

“Starting in the 1980s, doctors started to be told that opioids were effective treatment for chronic pain, and that treating patients long-term with opioids was evidence-based medicine,” psychiatrist Anna Lembke told NPR in 2016. “That was patently false and that was propagated by what I call ‘big medicine,’ in cahoots with Big Pharma.”

The prescription drug epidemic is fraught with complexity. It’s been blamed on overzealous doctors looking to make a quick buck, and on big pharma preyingon the weak and vulnerable by pushing their product to both the medical community and the media as a cure-all. But in reality, it’s a much bigger problem than people attempting to fix physical pain.

“Addiction rates are not spread evenly across the United States, as you would expect if chemical hooks were the primary cause,” Johann Hari, author of Chasing The Scream: The First and Last Days of the War on Drugs, wrote in an op-ed for the Los Angeles Times in January. “On the contrary, addiction is soaring in areas such as the Rust Belt, the South Bronx, and the forgotten towns of New England, where people there say they are lonelier and more insecure than they have been in living memory.”

When Trump makes sweeping declarations like he did to the Associated Press on Monday saying, “If we stop 1 percent of the drugs from coming in—and we'll stop all of it,” he gives the American public the false idea, and for many more the false hope, of a simple solution made up of brick and stone. But as Hari also added in her op-ed, we cannot solve the real drug problem in America simply by blaming drugs and the people that sell them. Instead, we need to systematically look at why people turn to drugs in the first place, and radically change the way we treat them. One of the easiest and more effective things the U.S. government can invest more in instead of a border wall are state-run Prescription Drug Monitoring Programs.

As the Centers for Disease Control and Prevention reported, several states have seen overwhelming success with the program that allows both doctors and pharmacists to track prescriptions of painkillers and ensure patients aren’t seeking multiple doctors to feed a habit. In 2010, for example, Florida established its own PDMP and, by 2012, saw a 50 percent decrease in oxycodone overdose deaths. In 2012, New York state required prescribers to check the state’s PDMP before prescribing opioids and, by 2013, the state saw a 75 percent drop in patients seeing multiple prescribers for the same drugs. Currently, 49 states use some form of PDMP, with Missouri as the only holdout. As a 2016 Vanderbilt University-led study released in the journal Health Affairs found, “The implementation of state prescription drug monitoring programs was associated with the prevention of approximately one opioid-related overdose death every two hours on average nationwide.”

Perhaps equally as important, states that have implemented a PDMP have also seen a surge in addiction treatment as more doctors refer patients to treatment after discovering they are taking painkillers from multiple sources, The Pew Charitable Trusts reported.

And in the excellent news department, in early April, Health and Human Services secretary Tom Price announced that states will be getting $485 million in grant money for PDMP and further prescription drug treatment programs. However, it should be noted that this funding, which the Trump administration heartily took credit for on the homepage of the Department of Health and Human Services, comes from a piece bipartisan legislation approved by Congress last year and signed by former President Barack Obama, according to ABC.

Still, we’ll take the $485 million as an investment in returning our national life expectancy to what it once was, but we can’t end this story without noting it’s pennies compared to the estimated $20 billion plus that Trump’s border wall will cost.