“It is simply trying to stifle dissent” 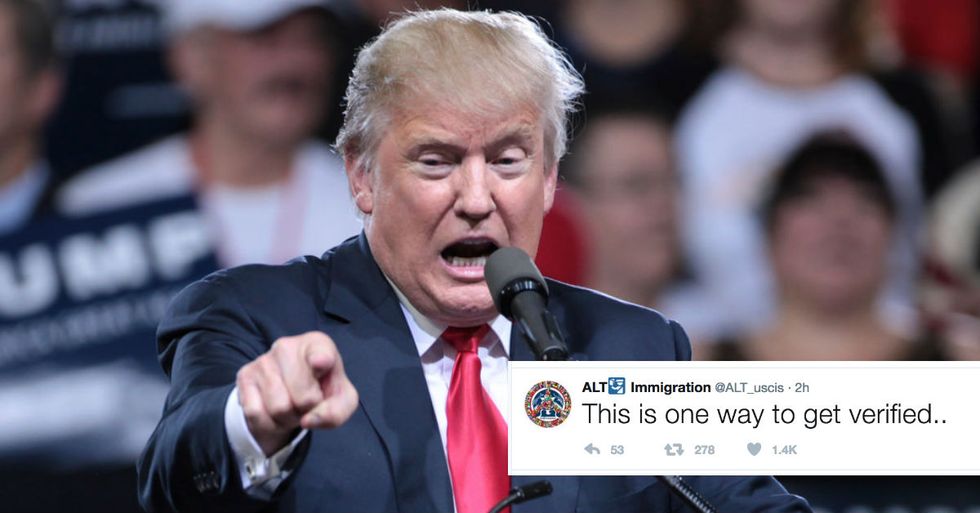 Everyone knows President Trump has thin skin when it comes to criticism of himself or his White House team. But the war of sensitivity is escalating in a major way with the Department of Homeland Security attempting to force Twitter to unmask the identity of a rogue Twitter account that is critical of Trump’s immigration policy.

And now Twitter is fighting back by suing the White House. And the American Civil Liberties Union has their back.

“The rights of free speech afforded Twitter’s users and Twitter itself under the First Amendment of the U.S. Constitution include a right to disseminate such anonymous or pseudonymous political speech,” reads a statement filed by Twitter in California federal court. The lawsuit aims to stop the U.S. Customs and Border Protection from obtaining sensitive information related to Twitter user “ALT_uscis,” which calls itself the “Immigration resistance.”

The account is just one of several so-called “rogue” accounts that have emerged since Trump’s election, with anonymous individuals tweeting out criticism, leaks, and speculation reportedly from within government agencies ill at ease with the new administration’s approach to governance. One account even claims to originate from within the White House itself.

When the lawsuit was announced on Thursday, the ALT_uscis account quickly tweeted an excerpt from the U.S. Constitution, which reads:

The “unmasking” term has become practically omnipresent in recent weeks on both the political right and left. Conservatives have been aggressively pursuing former National Security Adviser Susan Rice for her alleged role in unmasking Trump campaign officials through government surveillance. But the effort of the Trump Administration to expose this anonymous source sends a chilling threat to would-be whistleblowers, according to Twitter and other advocacy groups.

To that end, Twitter is also getting help from the ACLU, which has agreed to represent the social media company in federal court:

“The right to anonymously speak out against the government is clearly protected by the First Amendment. We are pleased to see Twitter standing up for its users’ rights, and the ACLU will soon be filing documents in court on behalf of this user," the ACLU said in a statement. "To unmask an anonymous speaker online, the government must have a strong justification. But in this case, the government has given no reason at all, leading to concerns that it is simply trying to stifle dissent.”

The White House has not yet responded to Twitter’s court filing.