‘In a way, we're all kind of cousins’ 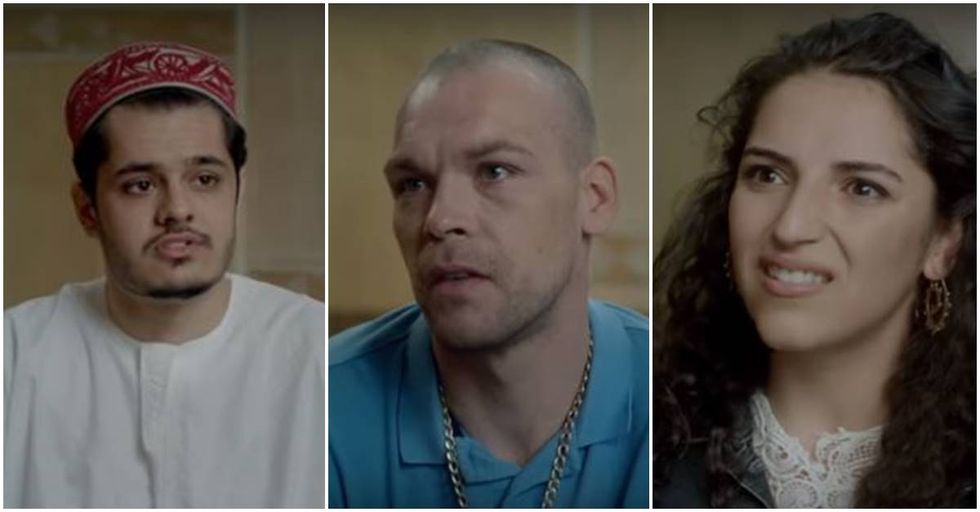 If you ask most people where they’re from, they’ll tell you the country in which they were born. But the actual answer to that question is much more complicated. When you consider that each person is the end result of thousands upon thousands of people breeding over 10,000 generations in human history, it’s obvious that nobody is from one place. That’s why the Momondo travel agency got 67 people together from different parts of the world including Bangladesh, England, and Iceland, to find out where they’re really from.

At the beginning of the study, the interviewers asked participants their heritage and most believed their ancestors were from their country of birth. The interviews became more tense when they were asked: “Think about other countries and nationalities in the world. Are there any that you don’t feel that you get on with well?” A proud Englishman said “Germany.” The Bangladeshi man answered, “particularly India and Pakistan.” And the Kurdish woman spoke of her disdain for Turkish people.

The interviewers then asked the participants to spit in a test tube in order to learn their actual genetic heritage. At first, the participants seemed a bit skittish, but they were sure the tests would confirm their perceptions. “The story of you is in that tube,” an interviewer said. Two weeks later, when the test results came back, the participants were shocked to learn that most of them were from all over the world.

After learning that she was mostly English, the self-identified French woman was astonished. “This should be compulsory,” the now French-English woman said. There would be no such thing as like extremism in the world if people knew their heritage like that. Like who would be stupid enough to think of such thing as a pure race?” she asked. “In a way, we’re all kind of cousins, in a broad sense,” one of the interviewers observed. Then he revealed something no one was expecting. Two of the participants were found to be cousins.