What if Fox News covered Trump the way it covered Obama? It would look like this. 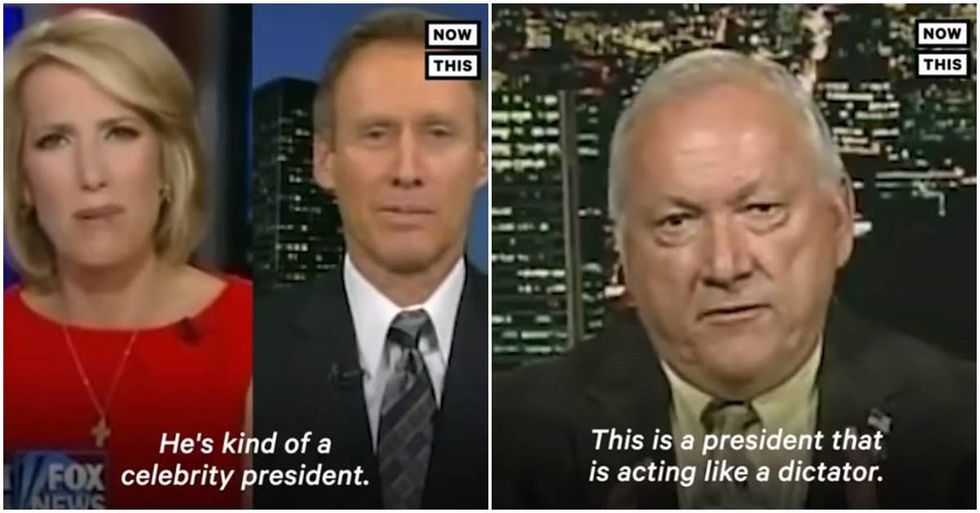 The video above shows the blatant hypocrisy of Fox News for accusing President Obama of doing many of the things which they’d never criticize Trump. Obama’s golfing, celebrity status, contributions to the national debt, and use of Twitter were all abominations to Fox News.

Yet, Trump golfs far more than Obama, has doubled the yearly contributions to the national debt, uses Twitter as a weapon, and is the former host of a reality TV show.

One wonders what the Republican reactions would be if the tables were turned and Barack Obama had said and done some of the things that President Trump has?

Imagine if Barack Obama said that he trusted Vladimir Putin over his own FBI?

Imagine if Barack Obama said that brutal dictator Kim Jong Un was “very talented” and loves his country “very much.”

Imagine if Barack Obama said that John McCain wasn’t a war hero because he was captured?

Imagine if seven of Obama’s closest advisors had been indicted for charges associated with Russian influence in an American election?

If Obama had said or done those things, Republicans in Congress would have tried to send a Seal Team into the Oval Office.

On a personal level, imagine how Republicans would have reacted if Barack Obama, the first black president of the U.S., had five children from three different wives and bragged about grabbing married women? Evangelicals would certainly recoil in terror, but with Trump, somehow it’s acceptable.

One day, the Trump era in America will be over and it’ll be interesting to see how conservatives rationalize their support for him.