It’s because of Trump 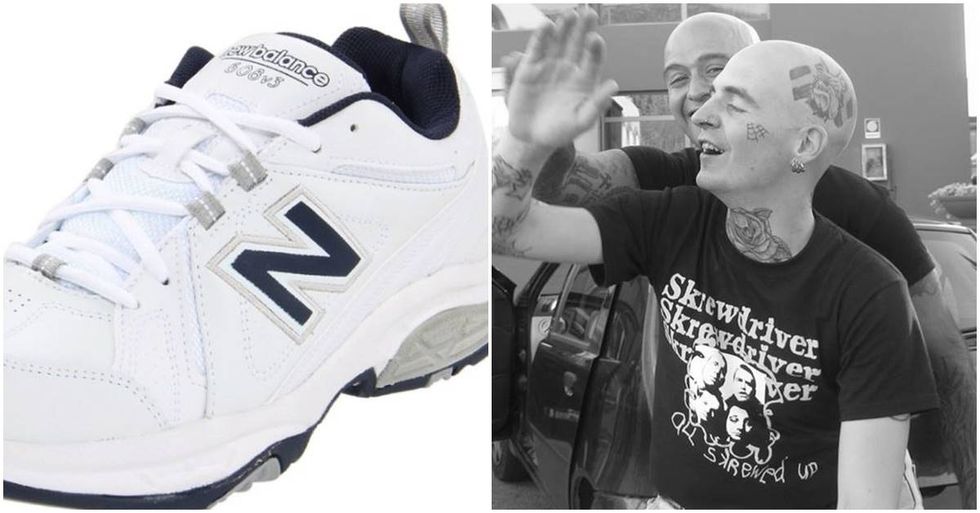 American neo-Nazis, skinheads, and white supremacists have always been easy to spot because of their drab attire. They tend to have shaved heads and wear red suspenders, black bomber jackets, tank-top undershirts, and Doc Martens boots with white laces. But now, neo-Nazis may be indistinguishable from run-of-the-mill non-racist white folks after a white-supremacist blogger is urging them to wear New Balance sneakers.

In 2008, New Balance shoes made it to number number 96 on the Stuff White People like countdown, but that’s not why hate mongers have started lacing them up. Last week, the founder of a white supremacist website (we won’t name) referred to New Balance sneakers as “the official shoes of white people,” after the company made positive statements about president-elect Donald Trump.

New Balance is making a gesture to support White people and to support US manufacturing. We need to support that. I see New Balances now becoming the official shoes of White people. I myself am due a new pair of sneakers. I’m browsing their website now. This will be fantastic. We will be able to recognize one another by our sportswear. If it’s about time for you to get a new pair of shoes – or if you’ve got disposable income to spend on extra shoes – go buy a pair or two now.

This show of support came after a New Balance spokesperson praised Trump’s views on the Trans-Pacific Partnership trade deal because of its potential impact on the company’s factories.“The Obama administration turned a deaf ear to us and frankly with President-elect Trump we feel things are going to move in the right direction,” New Balance’s president of public affairs, Matt LeBretton said. But the shoe company quickly backed off the statement saying it would feel the same way had Bernie Sanders or Hillary Clinton been elected president.