Yelp will now tell you which businesses are owned by women so you can support them.

What an awesome idea! 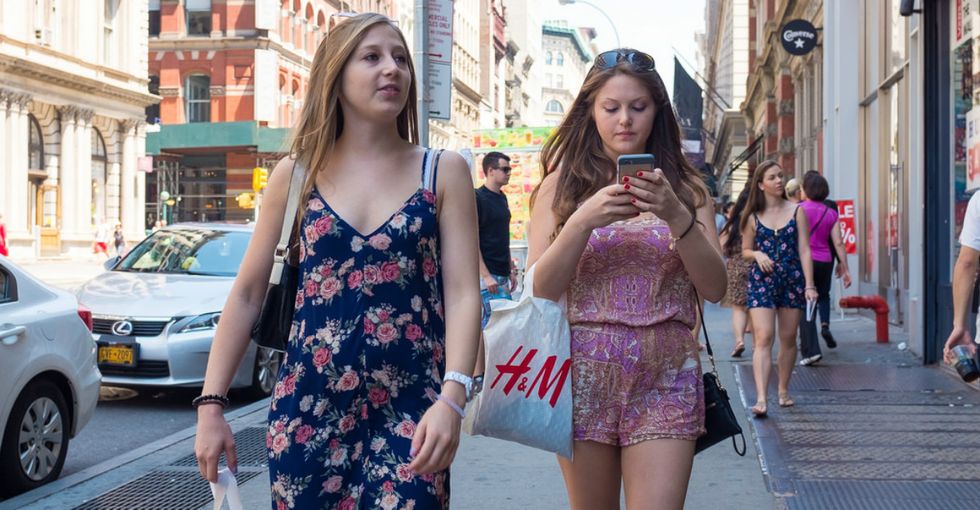 There are more than 11.6 million female-owned businesses in the U.S. Now, it’ll be easier to support them thanks to a little help from Yelp. The makers of the local search service have partnered with designer Rebecca Minkoff and her Female Founders Collective to add a new feature that will allow users to identify if a business is owned by a woman.

Users can now find woman-owned restaurants and shops to patronize by clicking on the “more business info,” the same section that tells you if the business has a parking lot of free wi-fi. Female business owners can mark their businesses as women-owned by logging in to their Yelp business owner dashboard. Yelp is also offering a decal for female-owned businesses to place in their stores. Female-owned businesses byCHLOE, Press Juicery, Drybar, Milkbar, Sprinkles Cupcakes, and Glossier have already adopted the feature on their Yelp pages.

The feature will allow consumers to start putting their money where their mouth is, and support female-owned businesses where it really counts – at the cash register. "It's one thing to say you support women, but it's another to really to do that--to give people an actionable way to frequent and shop and support their local women-owned businesses," said Liina Potter, Yelp's public relations manager.

“It’s more important than ever to celebrate and support the female entrepreneurs in our communities and across the country. While incredible strides are made every day, there’s always more to be done and we feel it’s critical for Yelp to be a part of this work. We’re excited to be bringing more useful information to consumers and partnering with women like Rebecca Minkoff who are creating and fostering real-world communities to elevate female entrepreneurs,” said Yelp in a blog post.

Labeling a business as woman-owned has been done with success before the launch of Yelp’s new feature. Coolhaus co-founder Natasha Case said she saw growth in her business after putting a “woman-owned” label on her company’s ice cream sandwiches. “Once we put that seal on there, the way it’s connected and resonated on social media, with buyers, with shoppers, with clients—it’s been massive,” said Case. If Yelp’s new feature functions similarly, it will be a huge boost to female-owned businesses.

On International Women’s Day, Twitter was flooded with posts about the importance of supporting women. But many times, actions don’t always match up with words, leaving women in a frustrating position where they’re not actually receiving the support they’ve been told they’re getting. Yelp’s feature will make it easier for consumers to back up their words with actions, thus bridging a support gap which seems to be just as physical as the wage gap.