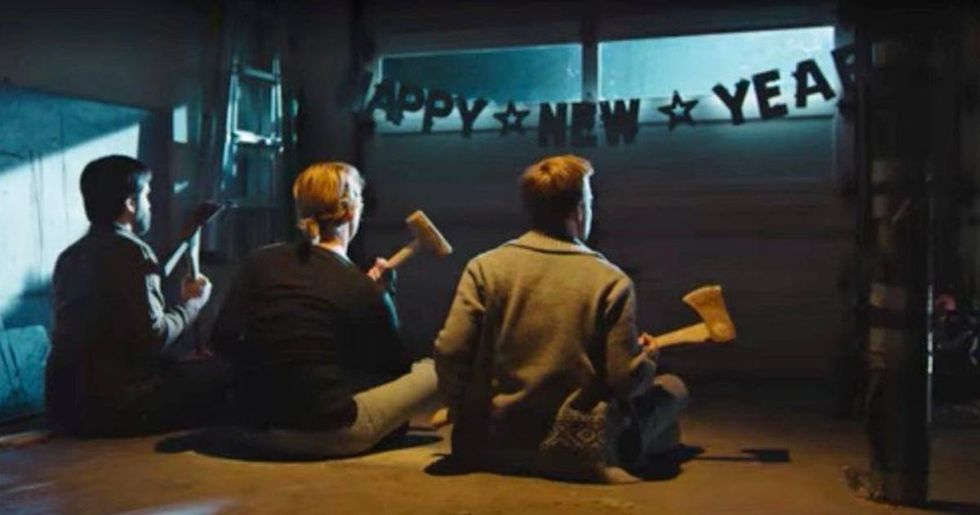 Back in 2012, right-wing political propagandist Dinesh D’Souza released 2016: Obama’s America which predicted end times for the U.S. if Barack Obama won a second term. Four years later, D’Souza’s prophesy that Obama would unleash a radical agenda that brings the U.S. to its knees has been proven wildly incorrect. But although D’Souza was wrong, 2016 has been a complete horror show for reasons having nothing to do with the outgoing president.

To sound the death knell for 2016, the filmmakers at Friend Dog Studios have recut this year as a horror film trailer. In the video clip, a group of friends try to survive a year that has taken legendary performers such as Prince, David Bowie, and Carrie Fisher. They also must come to terms with Brexit, ward off a diabolical killer wearing a Donald Trump mask, and survive exploding phones. Let’s hope that the horror that was 2016 isn’t just a coming attraction for 2017 or we’re all screwed.