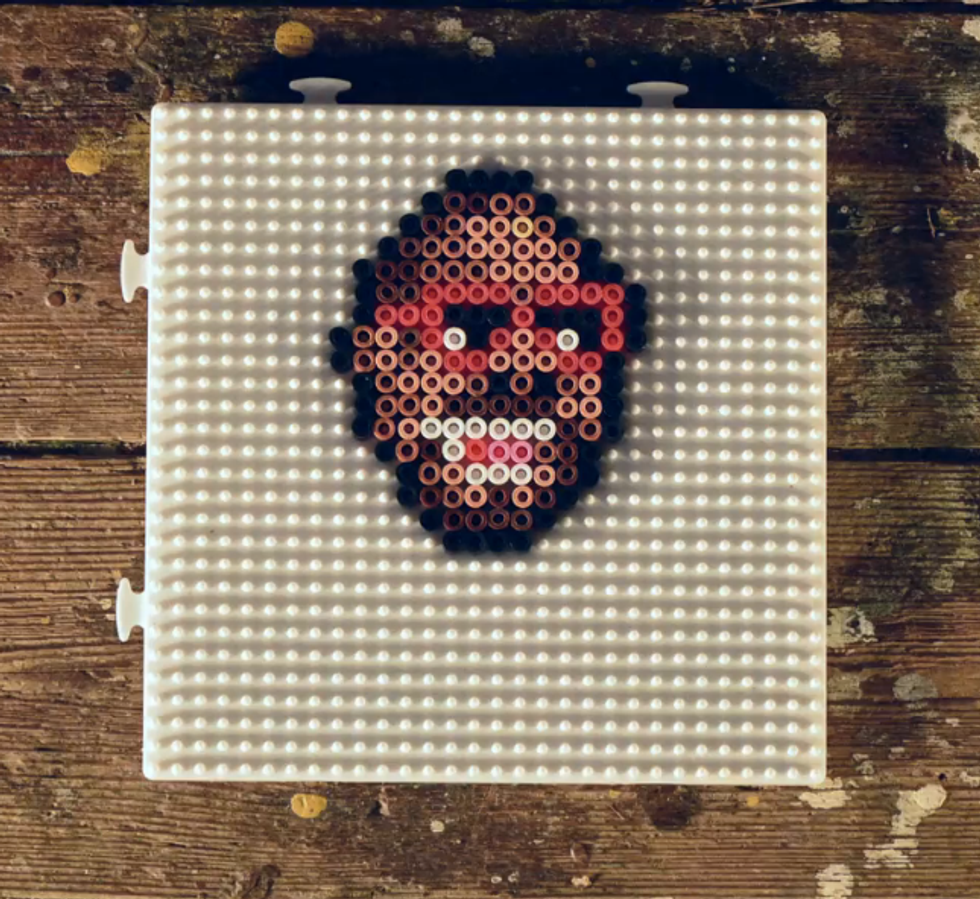 The Very Best’s newest music video, “Let Go,” might appear at first to be the run-of-the-mill, nostalgia-producing 8-bit videos with side-scrolling and fun. However, the Tim Burton-level of technique and craft required to produce the video is what makes it impressive—the “pixels” are actually made out of beads.

The labor of love, crafted by Swedish artist Pappas Parlor, took more than a month to make by meticulously arranging pixel beads (remember the beads you would make into shapes and iron together for craft activities at summer camp?) into the various scenes of the music video. “We talked to him about doing an old-school 8-bit game type video with all the characters and landscape being made out of pixel beads and giving the impression of stop motion filming,” Johan Hugo, one of the collaborators of The Very Best, told Wired.

The video depicts 8-bit versions of Hugo, a DJ, and his bandmate, Esau Mwamwaya, who is a singer from Lilongwe, Malawi. The two run through two different levels, each representing where the artists are originally from. In the first level, they run from street dogs in Malawi, jumping over crocodiles and dodging giraffes. In the second level, they’re in Hugo’s home of Sweden and, he explains, they’re running “from a fox and our enemies are the far right-wing political party… We tried to come up with funny things that could happen in the video as well as address some of our more serious concerns.”

An extra Easter egg in the video appears towards the end with cameos from Vampire Weekend’s Chris Baio and The Vaccines’ Freddie Cowan.

The Very Best’s new album Makes a King, which “Let Go” is on, will be released on April 7th.