Iran to Republican Congressmen: Your Summer Vacation Here Is Not Happening

This holiday weekend, luxuriate in an epic bout of political shade-throwing 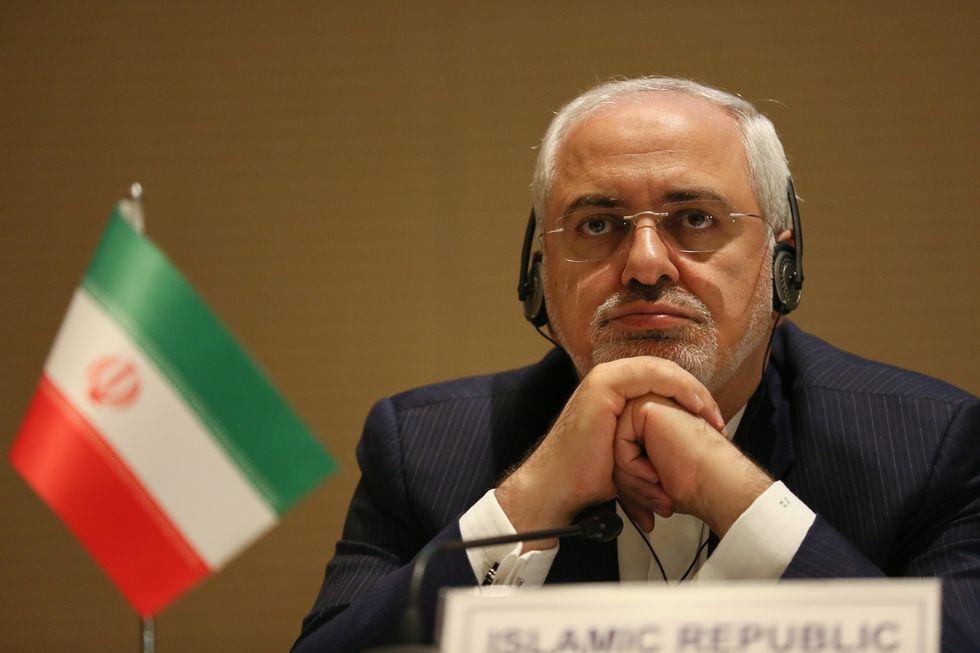 Three United States Congressmen had their dream summer vacation ruined last month when the bottom fell out of their epic bro-trip to Iran.

Republican lawmakers Mike Pompeo (Kan), Lee Zeldin (NY), and Frank LoBiondo (NJ) applied for Iranian visas back in February in hopes that they could visit Tehran. Why? Well, to hang out with American hostages, tour several nuclear facilities for fun, and observe Iran’s parliamentary elections in some unfathomable capacity that would have been awkward for everyone. (Just your average vacation, really.)

But the Iranian government—spoilsports that they so often are—decided not to grant the congressmen entry to the country. Why? Well, let’s hear Iran’s foreign minister (and amateur shade expert) Javad Zarif lay the smack down in his own words:

“Despite what you seem to presume, members of the U.S Congress do not get to dictate the policies of other countries... Surely it is ironic that you believe that going to Iran would 'radicalize' and turn citizens of all other countries into ‘potential security risks’ for the United States; but you still seek to visit Iran and believe that such a visit will have no such radicalizing effect on you…

Tens of thousands of tourists, academics, investors, students and businesspeople from around the world—including many Americans—have obtained visas and travelled to Iran without any delay or complication. But they have been able to do so by making requests... in the appropriate respectful manner and not in the completely inappropriate way you have demanded to visit Iran…

In sum, we consider your visa request to have been a publicity stunt and not an appropriate request to visit a sovereign country; and it has, and will continue to be, treated in that spirit.”

It’s probably worth noting that all three lawmakers were vehemently opposed to last year’s Nuclear Deal with Iran (the one that ended a decade-plus international crisis by negotiating terms to both lift international sanctions against Iran and verify that their nuclear program is peaceful).

In a statement dripping with irony, Pompeo said, “This letter from Iranian Foreign Minister Mohammad Zarif is entirely divorced from reality.” Because of course three politicians who have been outspokenly hostile towards a country absolutely deserve to go to that country just to take a look around without any issue.

This isn’t the first time Zarif has had to remind U.S. Republican leaders where they stand when it comes to Iran. Last March, after the Nuclear Deal was signed, sealed, and delivered, 47 Republicans attempted to intervene with presidential diplomatic negotiations by sending a letter to the Iranian government, giving them a heads-up that the Republican administration would back out of the agreement. A very chill and not at all weird thing to do, right?

Zarif responded to that letter by calling it a “propaganda ploy,” voicing concern that the signatory politicians understand neither international law nor the U.S. Constitution, then offering some helpful lessons about all the ways they were a) undermining the U.S. government on the international stage, and b) talking about breaking the law:

“The authors may not fully understand that in international law, governments represent the entirety of their respective states, are responsible for the conduct of foreign affairs, [and] are required to fulfil the obligations they undertake with other states.”

Things Zarif is here for: The Nuclear Deal and relations based on mutual respect. Things Zarif is not here for: Republican games. If you can’t get enough of Zarif’s shade this holiday weekend, enjoy a few of his best Twitter zingers:

Serious diplomacy, not macho personal smear, is what we need. Congrats on Ur new born. May U and Ur family enjoy him in peace .@SenTomCotton
— Javad Zarif (@Javad Zarif)1430390345.0