One Year Later, There’s Some Great News About the ALS Ice Bucket Challenge

Turns out that pouring icy water on our heads may have contributed to a major medical breakthrough. 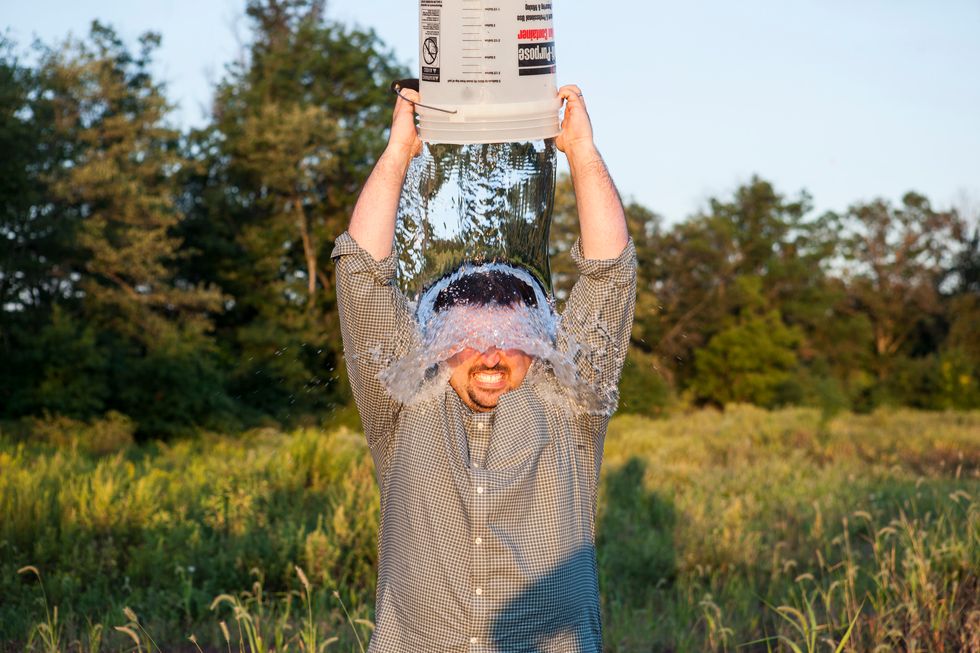 You remember the ALS Ice Bucket challenge, don’t you?

Sure you do. It was last summer’s insanely popular, social media driven movement that had people around the world dumping buckets of freezing cold water on their heads, all in an effort to raise awareness—and, more importantly, money—for medical research into amyotrophic lateral sclerosis, or, as it’s more commonly known, Lou Gherig’s Disease. Critics argued it was nothing more than a fad, decrying it as slactivisim at its worst, in which inconsequential actions would have little bearing on this very consequential disease. Advocates, meanwhile, pointed to the ice bucket challenge’s astonishing popularity as proof that *something* significant was happening, even if it might have been hard to understand what that something truly was.

Fast forward a year to today. In a paper recently published by a team from Johns Hopkins University School of Medicine, researchers believe they have made a significant leap forward in understanding one of the major mysteries of ALS (in brief, the team has identified the role of the TDP-43 protein, and how it manifests in both healthy and diseased cells.) In and of itself, the research is too technical to have likely made waves outside the medical research field. However, as Johns Hopkins graduate student and paper co-author Jonathan Ling explained in a recent Reddit AMA, this breakthrough can be directly traced back to the outpouring of interest, and money, from the ice bucket challenge.

I mainly wanted to do this AMA because I remember reading a lot of stories about people complaining that the ice bucket challenge was a waste and that scientists weren’t using the money to do research, etc. I assure you that this is absolutely false. All of your donations have been amazingly helpful and we have been working tirelessly to find a cure. With the amount of money that the ice bucket challenge raised, I feel that there’s a lot of hope and optimism now for real, meaningful therapies. After all, the best medicines come from a full understanding of a disease and without the financial stability to do high risk, high reward research, none of this would be possible!

Since the ice bucket challenge’s meteoric rise in popularity last year, a number of other organizations and causes have tried to duplicate its success, but none have been quite able to replicate the sheer virality and impact of the ALS challenge itself. Still, Ling’s statements should be heartening to anyone who worried whether these so-called “slactivist” causes could ever truly make a difference. Not every hashtag campaign will necessarily have the same impact as the ice bucket challenge, of course, but in this instance—and hopefully in many more to come—something as simple, and as silly, as pouring icy water over our heads, may have truly made serious progress possible.