Remember when conversations like this happened in every household? Even worse, 10 or 20 years before this, it was just automatically assumed that the wage disparity was fine and dandy. How far we've come ... and how far we have yet to go! 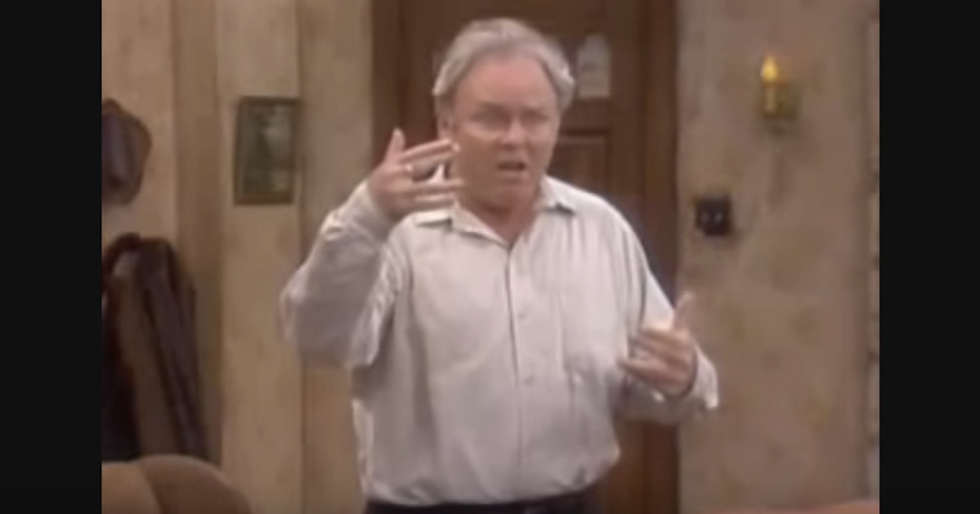 There was nobody like the character Archie Bunker, played by Carroll O’Connor, in television history. He had a way of making people cringe when he expressed his opinions.

Like this clip from 1974, with Archie defending lower pay for women—in his own hilarious, sexist way.

This episode of All in the Family, “Archie’s Helping Hand,” was first broadcast October 19, 1974.

Want to know more about equal pay? Click here to understand the basics.

Archie, the next step is get them to pay me like a fella.

What do you mean by that?

Oh they're putting me on regular next week, but they're paying me less than they paid the man who used to run the forklift.

Oh well come on Irene, after all, it's a well-known fact that men are worth more than women.

Archie, have you been reading Playboy?

No, Irene, the Bible.

The Bible. And in the Bible it says God made man in his own image, and he made woman after, from a rib. A cheaper cut.

Archie, that's exactly what they're paying you.

What they're paying me!

There goes your rib theory.

I'll say we have equality, right?

Let's think about that a minute.

Yeah, yeah, and while you're thinking about it, think about this! Equality is unfair!

That's right! Whats the point of a man working hard all his life, trying to get someplace, if all he's going to do is wind up equal?