Meet The Nature-Loving Drones Able To Reforest The World

When it comes to the potential of drone usage, the sky’s the limit. Now, their tree-planting skills are helping bring those benefits down to Earth. 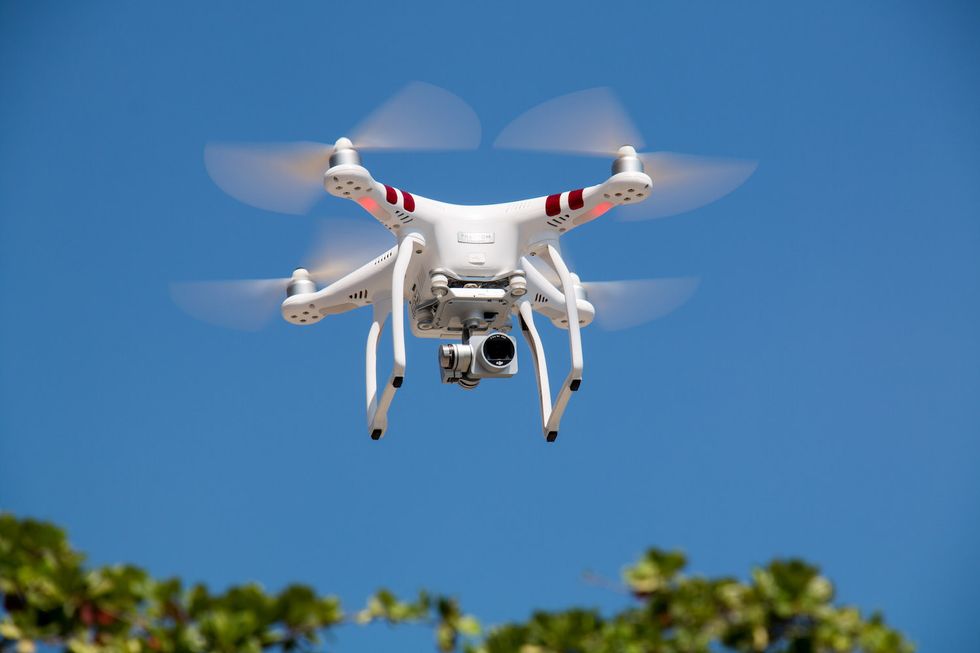 Deforestation in Myanmar. Photo via jidanchaomian/Flickr.

The drones rise into view under a piercing, bright sun. Racing forward, they take up positions overhead, almost as if they’re sizing things up. And just when you’re wondering whether they’re about to shoot a video, deliver a package, or take over the world, they … plant a tree.

Make that thousands of trees.

That’s the kind of surprising experience you might have if you spend the afternoon in Myanmar with its new fleet of autonomous airborne vehicles from BioCarbon Engineering, a startup that’s changing the way forests are replenished (and the way these fearsome flying bots are seen).

Here’s how it works: First, an initial drone fleet maps the terrain where BioCarbon Engineering is brought in to plant. Then, a second wave comes, firing nutrient-rich seed pods into soil areas carefully selected by an algorithm that analyzes the mapping data. In a day’s work, planters can top out at a whopping 100,000 trees a day.

The result goes way beyond rules of thumb like “the more trees, the better for the environment.” What really makes a difference is ensuring that the right trees are placed in the right soil, growing over time to anchor and enrich specific environments. That’s especially true when the task is reforestation, not starting from scratch.

In fact, a big part of the BioCarbon Engineering vision is “entire ecosystem restoration.” Multispecies planting plans are just the first step; their data acquisition and machine learning tech allow the company to monitor and analyze the health of the specific environment as it develops and the trees regrow.

Case in point — Myanmar. The southeastern Asian country’s environmental conditions have degraded for years. Focusing on the deforested Irrawaddy delta region, BioCarbon Engineering has already begun restoring an area over 1,800 acres in size. Their immediate goal is to fill an additional area a third of that size with a million more trees.

After that? Finding space for a billion trees more.

Today Myanmar, tomorrow the world. BioCarbon Engineering co-founder Irina Fedorenko notes that without the help of drone technology, there’s no way to reforest the India-sized surface area we’re predicted to need to replenish over the next decade-plus. Not that long ago, a healthy symbiotic relationship between humans, plants, and machines felt like a far-off utopia. With every tree that traces its story back to a drone, that future gets a little bit closer.