America burns more of its used plastic than it recycles and it’s turning our planet into a trash fire.

This needs to stop. 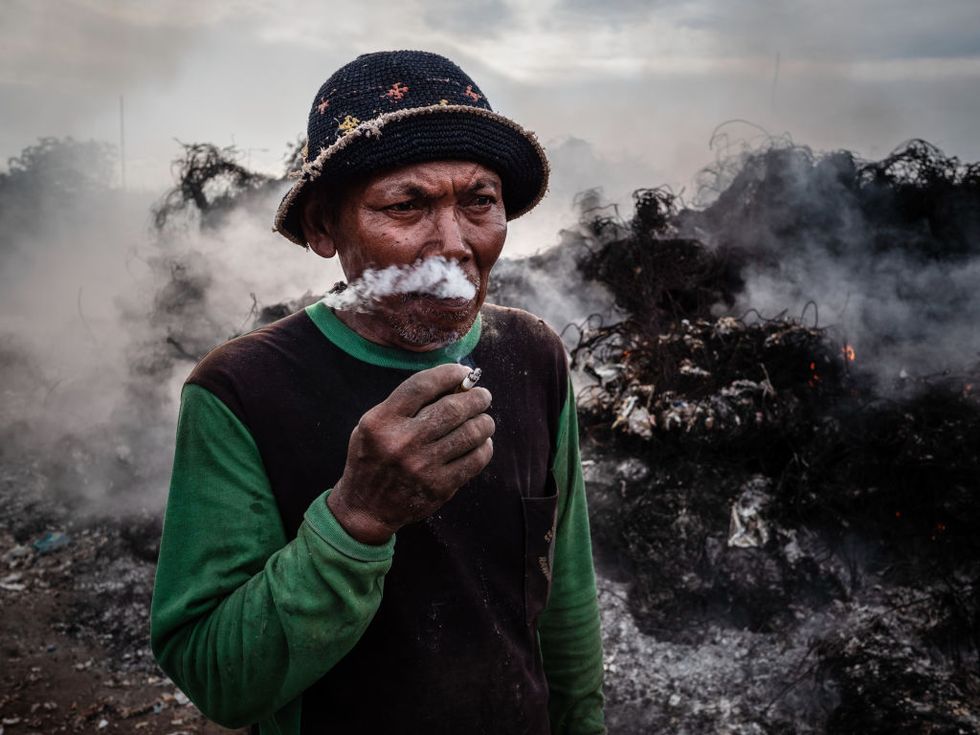 We have a plastics problem. Since the 1950s, 8.3 billion tons of plastic have been produced. Yes, that’s billion with a “b.” But it isn’t just the production of plastic that’s the problem. It’s also the disposal of plastic. Whatever you do, don’t burn plastic.

A report by Tearfund, Fauna & Flora International, WasteAid and The Institute of Development Studies found that plastic is burned at an alarming rate in low- and middle-income countries. Every second, a double-decker busload of plastic is burned or dumped around the world. This adds up to 70 million metric tons of burned or dumped plastic each and every year. Lower income countries who don’t have the infrastructure to recycle burn plastic at a higher rate. Furthermore, some people burn plastic at home, which is both dangerous and dumb.

But the plastic problem starts on U.S. soil. 12% of plastic in the U.S. is burned, and only 9% is recycled. A majority of plastic trash produced in the U.S. is shipped to other countries, where it can end up in unregulated or illegal disposable processes. Unfortunately, this means that U.S. plastic trash is also getting burned in ways that release harmful toxins into the air.

Incinerating plastic trash can contribute to air pollution. It can release dioxins, furans, mercury and polychlorinated biphenyls (BCPs) into the atmosphere. The chemicals released by burning bags have been linked to heart disease, headache, nausea, rashes and damage to the kidney, liver and nervous system. Because burning plastic can have such a negative impact on the air we breathe, it’s not surprising the United Nations voted to list plastic as a hazardous waste material.

Plastics have already turned our oceans into nests of trash and made their way into the digestive systems of animals. Turns out, they’re also funking up the air we breathe. We didn’t really need another reason to give up plastics, but we’ve got one.