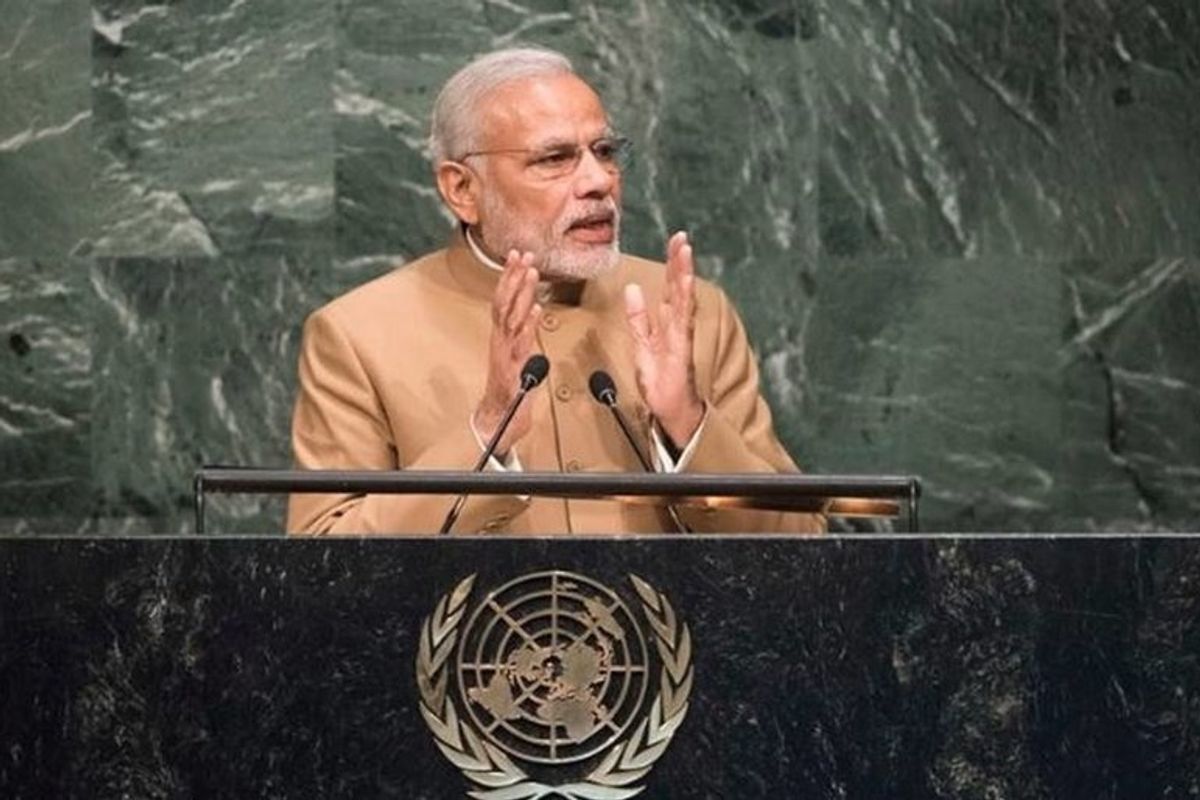 The mass production of plastic began in the 1950s and just about every piece of it is still here. It's either still in use, sitting in a landfill or floating in the ocean.

Over 8.3 billion metric tons of plastic has been produced over the past 70 years and 8 million tons are dumped in the ocean annually.

"There's so much plastic in the environment at this point, it's in the water we drink, much of the food we eat and even the air we breathe," John Hocevar, marine biologist and oceans campaign director for Greenpeace USA, told ABC News.

If those numbers aren't scary enough, according to Global Citizen, the amount of plastic in the world's oceans could increase by a factor of ten in the next decade.

RELATED: Scientists discovered a mushroom that eats plastic, and believe it could clean our landfills

One way to put a dent in the amount of plastic pollution we create is to stop using single-use plastics. Which shouldn't be a problem being that paper alternatives work just as well and are biodegradable.

The ban is expected to reduce the country's annual plastic consumption, an estimated 14 million tons, by about 5%.

RELATED: Horrified by how much plastic is in the ocean, this girl ramped up her recycling game

"My Government has announced that India will put an end to single use plastic in the coming years. I believe the time has come for even the world to say good-bye to single use plastic," India's prime minister, Narendra Modi, said while delivering opening remarks at the 14th session of the United Nations Convention to Combat Desertification.

The "time has come for even the world to say goodbye (to it)," the Prime Minister continued.

India is set to impose the ban on plastics by Mahatma Gandhi's birthday, October 2 in 2022.

The Indian government's decision isn't surprising given its commitment to fight climate change.

In 2105, the country pledged to reduce the amount of carbon dioxide it produces by 35% and to generate 40% of its electricity from renewable sources by 2030.

While India's bold new goals seem tough for a country to achieve in such a time, it's already ahead of schedule."

In terms of our commitment we are already on track. This has been officially acknowledged by the United Nations Environment, all related stakeholders and agencies. We are already achieving our goals much ahead of the deadline," Environment Minister Harsh Vardhan said according to Economic Times.

To contrast India's leadership with the United States, the current president thinks climate change is a hoax created by the Chinese.

From Your Site Articles
Related Articles Around the Web
Trending Topics
THE DAILY GOOD
Start your day with something GOOD.
Trending Stories
Slideshows