After a child went missing, someone invented a wristband that helps prevent abductions 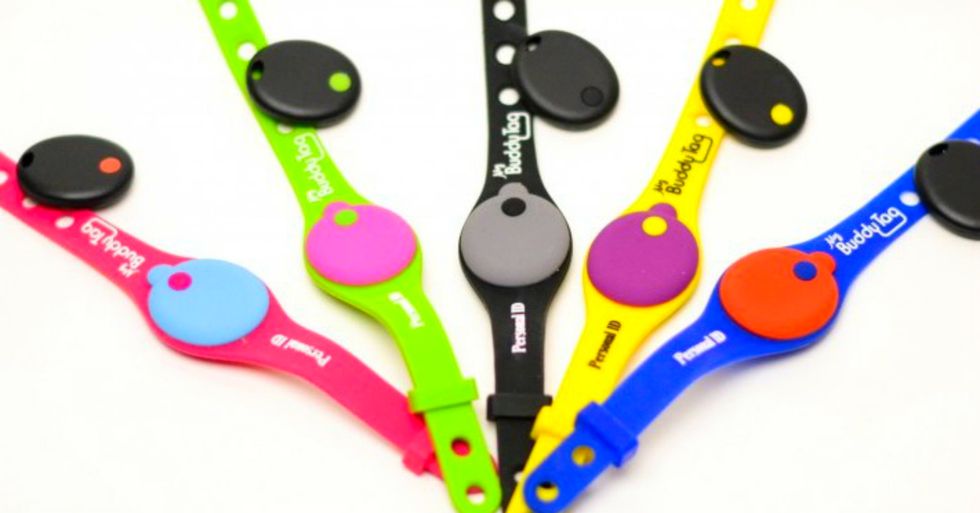 At this past weekend's North American International Toy Fair in New York, not every participant was a toymaker. In the back of the huge space was a booth for BuddyTag—a smart wristband that helps parents monitor children within 120 feet. BuddyTag was invented by Willie Wu after he lost his daughter at Six Flags. “His child did everything right—waiting in one place with an employee of the park," said Wu's sister, who was stationed at the booth. The kid was found in an hour, “but it was the worst hour of his life." It also sparked an idea.

Wu's device is for parents who are within the vicinity of their child but want the security of extra protection. “It gives them the freedom to play in playgrounds and amusement parks, near your eyesight," Ms. Wu said. It also has a Panic Button on the wristband that kids can press to alert their parents that they're in danger, as well as the ability to email. This allows parents to view when and where their child was last tracked by the app—for example, if he's on a field trip or with a babysitter.

The wristband came out two years ago. “It was capable before then, but bulky. This design is low battery, low power, Bluetooth, and waterproof," Ms. Wu explained. The device can be set to send an alert when your child wanders out of your proximity. The range varies from about 80 to 120 feet in an open area (playground or shopping mall, for example) or about 40 feet in an indoor area. Available with a silicone or Velcro wristband, the BuddyTag costs about $35.

The device can be programmed to work with new versions of iPhone and Android phones as well as some iPad and iPod Touch models.

Related Articles Around the Web
Trending Topics
THE DAILY GOOD
Start your day with something GOOD.
Trending Stories