Why my child who is deaf and transgender gives me hope.

There is always more hope when I look for it. 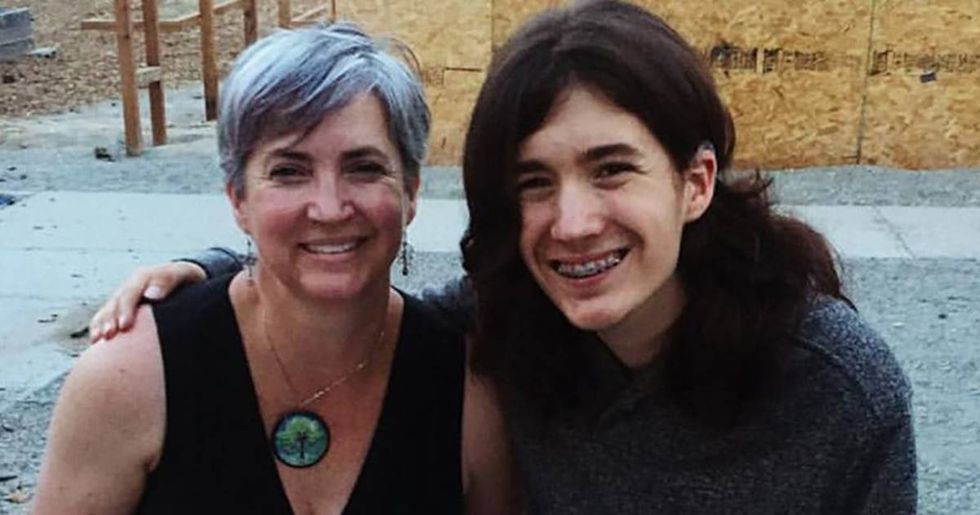 Hope has been on my mind a lot over the last week as I think about what it must feel like to be my 16-year-old, Mackenzie. Despite everything that has happened to her over the last few years at school, she has practiced forgiveness and patience and held out hope that people will do what they promise and what is right.

I have always been patient, and I realize I tend to be a hopeful person, too. I think I’ve always been that way and maybe that has rubbed off on Mackenzie — or maybe we were both just born that way. I don’t really know how that works. What I do know is that we are both people who can be patient and who look for hope. The way I see it, these are qualities that weigh heavily in our favor.

People are very curious about Mackenzie, but they don’t always seem interested in the ways she needs them to be. Right now they’re more interested in her gender identity. It’s the question I am most often asked, even when I am in the middle of a conversation about what is most affecting her: her deafness. I get it. Not everyone has a transgender person in the family and it must seem like the biggest deal in the world to a lot of people. I guess it is a big deal, but not to me. Not right now.

Mackenzie is almost 17 years old. I’ve known that she didn’t fit quite right into the gender role she was assigned at birth since she was as young as six and I found her in one of my formal dresses adoring herself in a full length mirror in my bathroom. I have a whole photo shoot of that moment. I need to find those images on my computer.

She knew she was and she still is beautiful. It doesn’t matter whether she is called Max or Mackenzie or whether she wants to be called a boy or a girl. She is the same exact person she has always been. I’m not here to tell her who to be, and I never would. People praise me for this attitude and tell me how lucky Mackenzie is to have me as her mother. I appreciate that and I know that is true because I know not everyone accepts people for who they are. But I just feel like her mother.

Don’t get me wrong. I’m glad that there are people who are curious about Mackenzie and supportive of her. But what I truly wish is that people would take an interest in the fact that Mackenzie is deaf and she is being discriminated against. It makes her really expensive to educate because she needs an interpreter at school. She is entitled to it under the law, but we have to fight for it ourselves.

The discrimination against Mackenzie as a deaf person permeates every single crevice of our lives. It hurts every person in our family. It’s hard when hope falls out from under you and you feel hopeless. It wipes you out and makes you feel depressed. That’s just what hopelessness does. That’s why hope is so important to me.

Mackenzie has been an educational refugee all year because she doesn’t have an interpreter. It is a struggle to find any benefit for her at all in our schools. And she’s certainly not alone. The people who have hurt Mackenzie were supposed to teach her. It turns out she is doing the teaching.

Mackenzie speaks up for herself. She doesn’t hesitate to speak publicly about how she has been mistreated because she is deaf. She wants to call the police. She doesn’t understand how discrimination, especially against a child, isn’t a criminal offense. Why doesn’t the law work that way? She filed her own complaint about how she’s been discriminated against by the school system because it’s just plain wrong.

I was texting with her the other day and she said she was glad that it was happening to her instead of someone else. I’m certain there are other deaf kids who are suffering in the same way, but I didn’t say that to her. She feels like the only one right now. But I asked her why she was glad it was her and she said that it has to happen to someone for things to change and that she knows not everyone can handle it. She said she knows she can because she has become so used to it. It felt like an arrow was shot straight into my heart.

I am amazed at her resiliency and so thankful for her. She hugged me and thanked me yesterday for always being her rock. I am thankful that I am strong and that she knows that, too. But it’s the kids who are going to have to lead us out of this mess because the adults are just failing. We live in an adult world where we have to navigate through lawyers. I am in awe of Mackenzie’s simplistic power.

And there it is again. There is always more hope when I look for it. I love that about hope.