The House of One prayer space will bring Jews, Christians, and Muslims together under one roof. 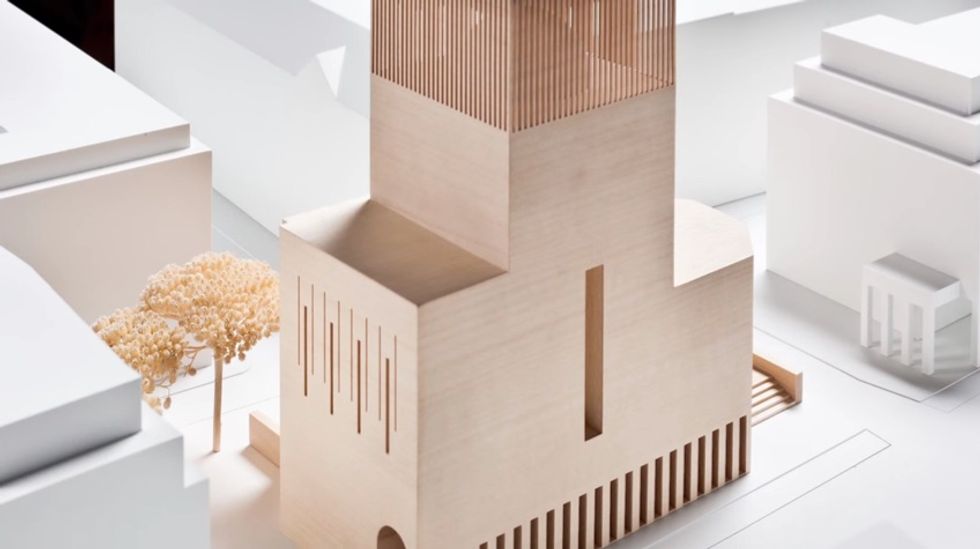 Central Berlin is poised to become home to the world’s first combined mosque-synagogue-church, a shared prayer space designed to bring together members of the three major monotheistic religions under one roof. Once complete, the building will open a new chapter of interfaith understanding in a city with a long—and sometimes dark—religious history.

Dubbed the House of One, the proposed shared prayer space is set to be built on the site of a 13th-century church—one that was repeatedly destroyed and rebuilt until the Second World War, at which point the lot on which it stood was simply paved over, explains Fast Company. Since then, the church that owns the property has decided that, rather than simply build a new Christian house of worship—one which might not be as well attended as would be hoped for—they would give back to their city by creating a single structure in which Jews, Muslims, and Christians alike could come together and express their respective faiths.

“They had to face the question of what do we do with this ground, and what do we want to give back to the city—what do we need in this time?” House of One representative Frithjof Timm said. It’s a question that calls to mind Berlin’s shifting religious composition over the past several decades. Since the end of the Holocaust, Jewish life in the city has seen a Renaissance of sorts, while Berlin’s Muslim community is thriving as well.

After an initial design search, it was decided that the House of One would be built according to plans from the Kuehn Malvezzi architectural firm. Per those plans, the structure will contain three equally sized but differently shaped prayer spaces—one for each faith. As Timm told Fast Company:

“We have only one entrance in the building. So everyone who is going to pray—whether Jewish or Muslim or Christian—has to use this one entrance. The entrance leads to the common room, and from the common room there's a stair going up to the second floor and then you decide which way you go”

According to its founding charter, the House of One is dedicated to a culture predicated on four tenets: nonviolence and respect for all life, solidarity, respect and life lived with integrity, and equality.

The House of One is still raising funds for its eventual construction, having just passed the €1 million mark, from more than 1,400 individual donors. That’s still a way off from their €43 million goal (they’re “selling” bricks at €10 each, with an estimate of 4.35 million bricks needed to complete the building). But it’s enough to show there’s serious and significant interest in the project.

“The House of One is not only one for Berlin, but from here,” explains Rabbi Tovia Ben Chorin in a promotional video. “And because it is a multicultural city, the idea will spread to different countries all over the world.”