They were trying to report the news, not become it 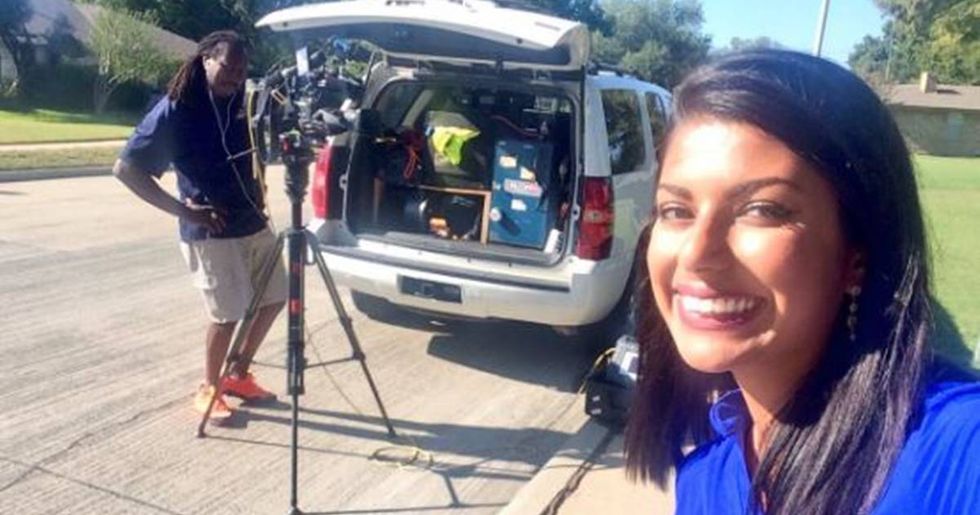 There’s a certain segment of the American populace that is paralyzed by racial paranoia. They’re so blinded by fear of minorities they can’t distinguish suspicious activity from gainful employment. On Thursday, this brand of paranoia reared its ugly head again when a reporter from NBC5 in the Dallas Fort-Worth area and her cameraman were reported to the police. The anonymous citizen referred to them as “a Hispanic-looking woman and a black man with a suspicious white truck and camera.”

When the Plano Police arrived they saw that reporter Homa Bash (who’s of Indian descent) and her cameraman C.J. Johnson set up near a school for a report on a proposal to ban dogs from the local district campuses. After realizing the mistake, the officer on duty was totally cool about it.

Bash’s tweet inspired other people of color to come forward with their stories of being harassed while on the job.

@HomaBashNBC5 Had the same thing happen to me once in New York. So whenever I knock on doors I always have my station micro phone out
— Michael Baldwin (@Michael Baldwin)1476306618.0

@HomaBashNBC5 Had a similar experience when I was going door to door in a neighborhood that had had a bunch of break-ins, in a marked car.
— Victor Puente (@Victor Puente)1476372942.0