They claim to have created the impossible. 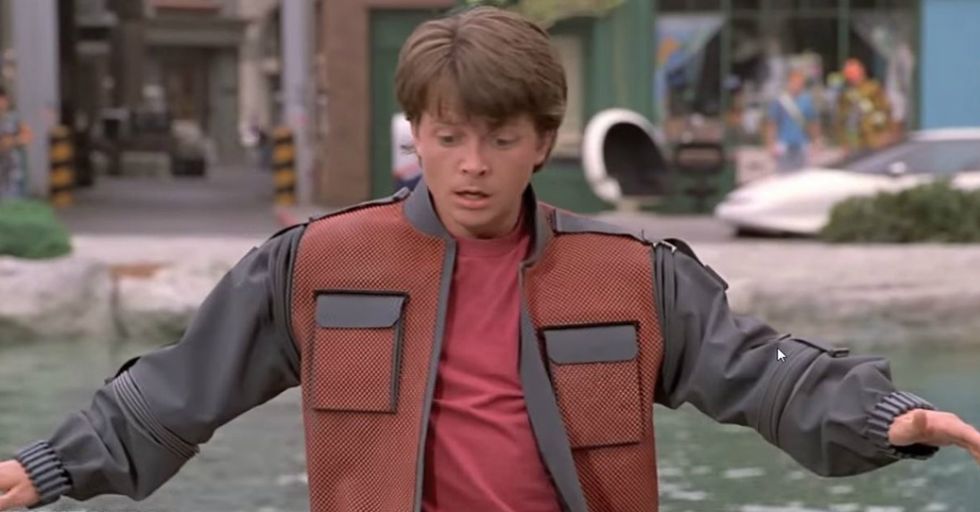 Has Lexus just delivered on a promise we’ve been waiting for since Back to the Future Part II hit screens in 1989? According to a new teaser video on their website, they have.

Although the site claims Lexus has created the impossible, no one actually rides the board in the clip and, sadly, there is no release date for the product...yet. According to a report from Bloomberg, the hoverboard is part of an experiment in slide motion that could lead to something even cooler—flying cars (another thing we were promised in the Back to the Future series). “The technology is already zooming around Toyota’s home country.” Bloomberg says. “A Japanese railway company last year set a new world speed record using a magnetic-levitation train. Toyota tipped its hand a year ago that it’s been experimenting with this for cars.”

Back in 2014, at the Next Big Thing Summit, a Toyota (Lexus’s parent company) representative announced, “We have been studying the flying car in our most advanced R&D area. Flying car means the car is just a little bit away from the road, so it doesn’t have any friction or resistance from the road.”

What's next for Toyota? How about it gets to work on something else we were promised, a time machine. It shouldn’t be too hard to stick a flux capacitor in a Yaris, right?