Drone may have just accidentally captured the best wedding photo of all time.

He’s still trying to figure out who the people in the photo are. 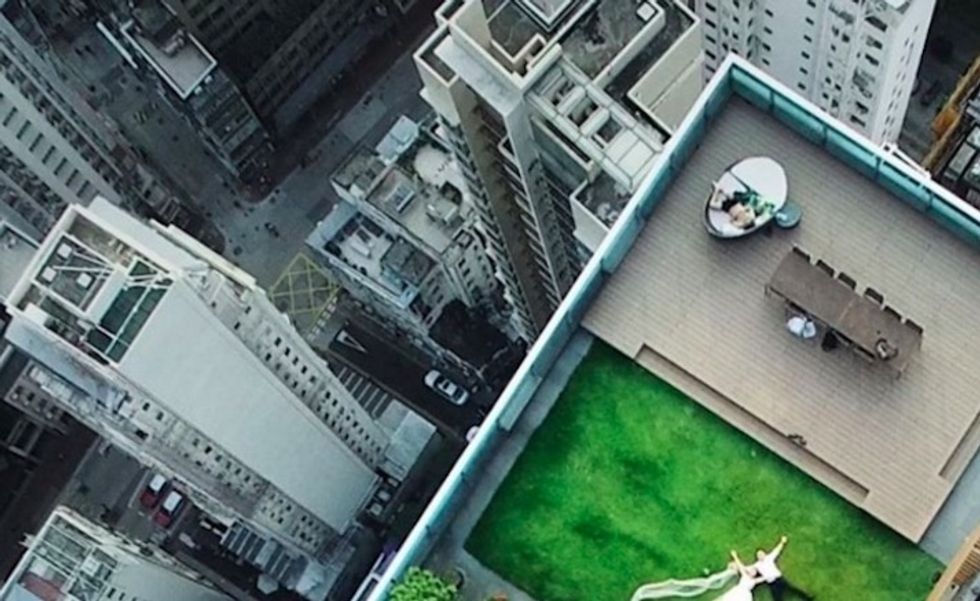 Filmmaker Brandon Li has stumbled into creative brilliance, thanks to a photograph he “accidentally” took that many are calling one of the most romantic images of all time.

Hoping to catch some great footage of the sunset, Li was flying a drone helicopter over buildings in Hong Kong. However, when he began going through his footage later, he noticed the drone camera had captured an image of a couple in wedding outfits sprawled out across some grass on top of the J Residence Hotel.

“A friend and I were testing out a DJI Phantom 3 in the Wan Chai/Causeway bay area of Hong Kong, mostly trying to catch the sunset,” Li told PetaPixel. “But the battery was almost dead so we pointed the camera down to catch another angle and let the drone return to home.”

The incredible image has moved millions of people around the globe and become an instant sensation. And as great as the image itself is (Li said he did a bit of color correcting to help fully bring out the impact of the couple), the most intriguing part of the story remains unsolved: just who are these people?

“[I have] no idea who they are, but I assume they were practicing a pose for a wedding photograph or something,” Li explained. “Or maybe they were just making lawn angels.”

Now, Li is hoping the couple, or anyone who might know their identities, will reach out to him through his Facebook page. But maybe the mystery is better left unsolved. After all, what could be more perfect than the beautiful little narrative this surprising bit of drone footage has already shared with the world?