Trained honeybees may become the new face of law enforcement, as drug policy evolves beyond what canines can handle. 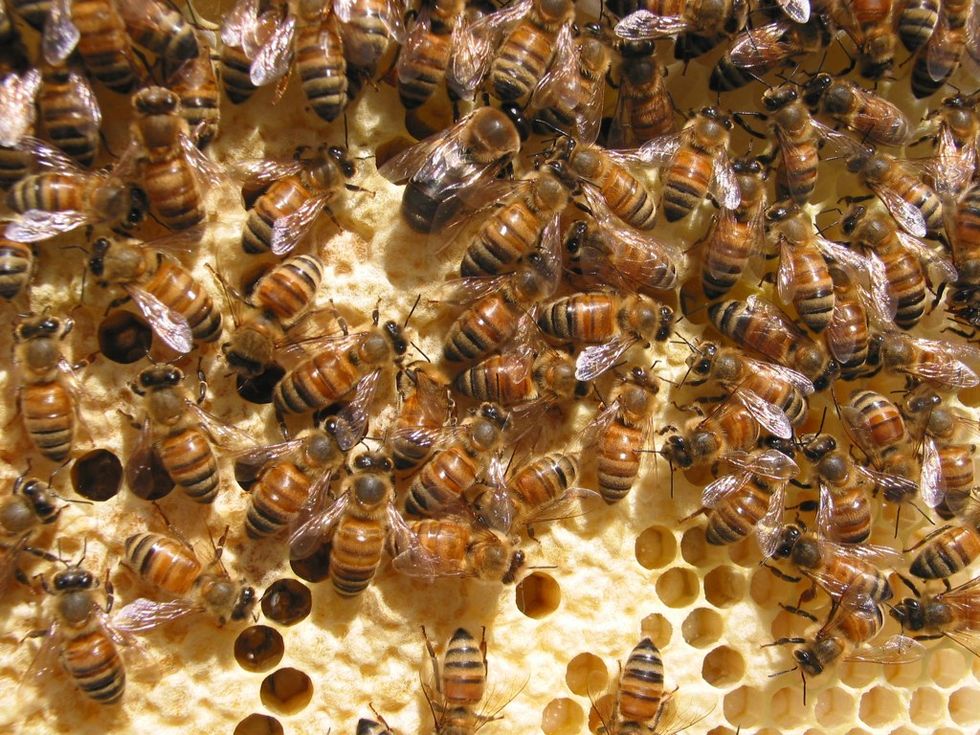 Scientists are abuzz with excitement after new research suggests dogs may not necessarily be the most effective animal drug detectors when it comes to sniffing out illicit hidden contraband. Dogs, it turns out, have a hard time adjusting to the shifting sands of drug legislation, in which things things like marijuana can suddenly become legal some places, while remaining illegal in others. The training involved in creating an effective drug-sniffing dog is time-intensive, expensive, and hard to un-learn, should the pooch need to pivot in response to evolving drug legislation. What’s more, as drug dogs operate in an inherently binary system with their human partners, there’s a risk for false-positive detection as the dog could be more influenced by its handler’s expectations than olfactory input.

With that in mind, surely there’s a more effective, less expensive way to sniff out drugs, while remaining flexible to the legislative machinations that define which drugs are, and aren’t, okay to search for at any given time. And, in fact, science may well have found a new super-sniffer that meets those criteria: The honeybee.

In a study published this week entitled “Detection of Illicit Drugs by Trained Honeybees,” researchers Matthias Schott and Andreas Vilcinskas of Justus-Liebig-University in Giessen, Germany, and Birgit Klein, from the German State Office of Criminal Investigation, describe how the humble honeybee could someday become a viable companion to—if not an outright improvement on—current drug sniffing canines. They write:

Here we describe an insect screening procedure showing that the western honeybee (Apis mellifera) can sense volatiles associated with pure samples of heroin and cocaine. We developed a portable electroantennographic device for the on-site measurement of volatile perception by these insects, and found a positive correlation between honeybee antennal responses and the concentration of specific drugs in test samples. Furthermore, we tested the ability of honeybees to learn the scent of heroin and trained them to show a reliable behavioral response in the presence of a highly-diluted scent of pure heroin. Trained honeybees could therefore be used to complement or replace the role of sniffer dogs as part of an automated drug detection system.

The paper goes on to claim that, when it comes to responding to different narcotics, the bees can be trained—and, perhaps more importantly, re-trained—relatively quickly. What’s more, they aren’t susceptible to any handler-influenced biases, as drug dogs might be.

Researchers also tested two other types of insects—the grapevine moth and the hissing cockroach—before ultimately settling on the honeybee, with their hyper-sensitive antennae, as the most effective drug detectors of the bunch. Still, they propose that:

...the power of an insect-based drug detector platform could be increased by using several different species with diverse response profiles. For example, a multi-chamber device containing honeybees and cockroaches could be used in airports to screen luggage for heroin, cocaine and amphetamines, with air from the luggage drawn over the insects and “alarm” signals used to select luggage for more detailed investigation

The study concludes with a call for further bug-drug research, so it’ll likely be some time—if ever—before we see TSA agents waving around boxes full of insects. Still, for anyone tempted to smuggle contraband onto an airplane, just imagine an agitated swarm of coke-sniffing bees coming anywhere near your suitcase. That’s probably more than enough to scare anyone into thinking twice.