For millennial raised on emoticons, pictorial passwords may be stronger and easier to remember than numerical ones. 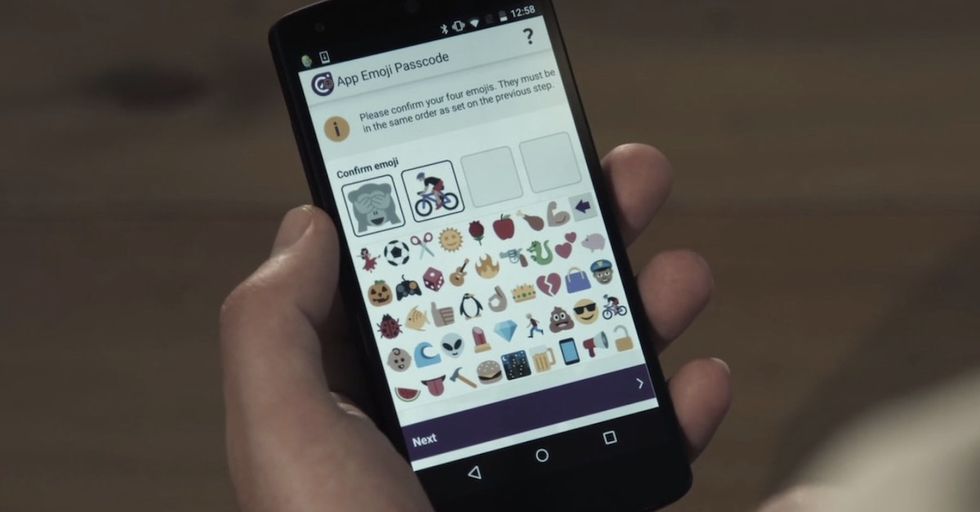 A British tech company called Intelligent Environment wants to revolutionize passcodes—by replacing the numbers with emojis. The developers of the new pin code system say using emojis will not only make passcodes more secure but easier to remember.

“We’ve had input from lots of millennials when we developed the technology. What’s clear is that the younger generation is communicating in new ways,” said David Webber, the manager director at Intelligent Environments, in their announcement. “Our research shows 64 percent of millennials regularly communicate only using emojis. So we decided to reinvent the passcode for a new generation by developing the world’s first emoji security technology.”

As it stands, the banking PIN code system is incredibly weak. The four-digit PIN is embarrassingly easy for most hackers to break through—there are, after all, only 10 digits to choose from. And anyway—you’re probably forgetting your number constantly. Humans, say the developers of Emoji Passcode, just remember pictures better than numbers. And with 44 emojis to choose from, this system offers users 480 more permutations for codes. It will also prevent users from choosing codes that are easily recognizable by hackers like birth dates and significant anniversaries.