If hitting snooze is a problem for you, this is the terrible solution 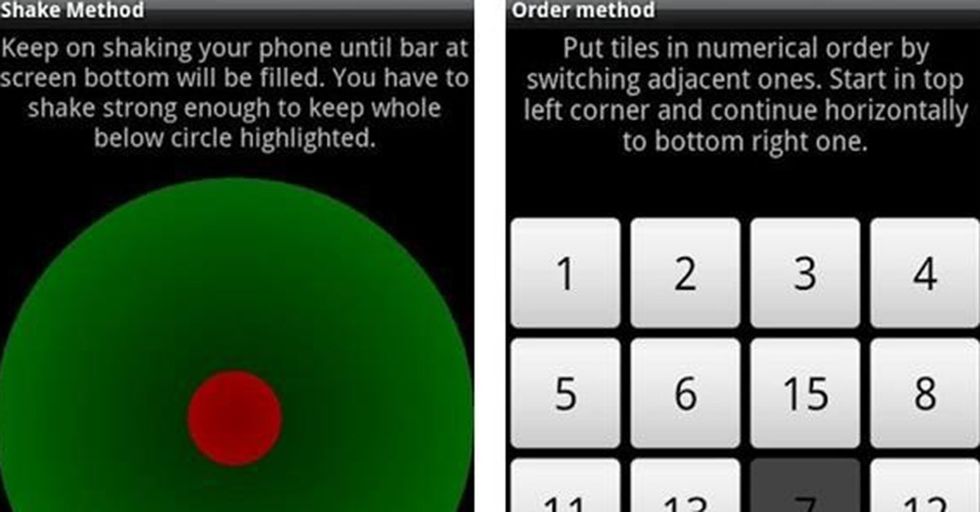 As smartphones have become prevalent, the traditional bedside alarm clock appears to be going the way of the dinosaurs, with one survey (from way back in 2012) reporting that 90 percent of people ages 18-30 use the alarm on their phones to wake up.

Many bemoan the fact that one more relic of a simpler existence is falling prey to our phone obsessions, but one smartphone app engages with its user in a way no alarm clock ever could. It’s called, appropriately enough, I Can’t Wake Up!, and it’s for people who can’t muster the willpower or clarity of mind to do the right thing and rise from bed when their alarm goes off.

At its most innocuous, I Can’t Wake Up! functions just like your built-in iPhone or Android app does. But if you weren’t looking for any extra functionality, you wouldn’t want to stray from the stock phone alarm, now would you? I Can’t Wake Up!’s value is as a device that doesn’t take “snooze” for an answer.

When I was in high school, my dad—knowing I’d been out late the night before—would enter my room at the ungodly hour of 9 a.m., turn off my ceiling fan, open my shades, and move the glass of water from my nightstand to the other side of the room. It was somewhat tough, unwelcome love, but it got the job done. As adults, we don’t have parents to prod us out of bed, but I Can’t Wake Up! is an amazingly competent surrogate for an unsympathetic parent.

When the app’s alarm goes off, you can be subjected to an array of increasingly difficult challenges (you set the difficulty, thank God). Only upon your successful completion will your alarm stop ringing. At that point, screw it, you’re up, right? Which is all part of the utility of this evil little app.

As noted in this Lifehacker review of the product, the alarm starts gently, and you go to work on a puzzle. But if you slack off and fail to keep up with the puzzle, the alarm gets louder, your life becomes terrible, and there’s no escape because the thing won’t shut off.

Here’s a video showing the seemingly incomprehensible puzzles required to turn the alarm off:

The variety of puzzles includes iterations as simple as “touch this button, then this one, then that one, etc.” and as complex as memory games of various scales, the more difficult of which ensure you’ve cannibalized 90 percent of your day’s brainpower before brushing your teeth.

Here’s are photos of the app’s tests to ensure you’re really, for sure going to get out of bed:

You can set it to ask you in five minutes if you’re REALLY awake, even when you completed their Saw-like games. If you don’t respond, the alarm kicks in again—with a new puzzle.

Maybe you can just reboot your phone, right? Nope. There’s a setting that checks for “active” alarms upon reboot, so when your phone starts back up, so, too, does your alarm.

But those measures all come in a distant second to the barcode feature. When the alarm goes off, the only way to silence it is to scan a previously uploaded barcode with your phone. It could be a shampoo bottle, the back of a box of Cream of Wheat, last August’s issue of Cat Fancy … whatever.

If you can sleep through this thing … see a doctor. It might not make you any happier in the morning, but if you have a clinical compulsion to hit the snooze button … there’s an app for that. An evil, merciless app.