This company is making Valentine’s Day eCards for people in prison.

Would you send a Valentine’s Day card to an inmate? 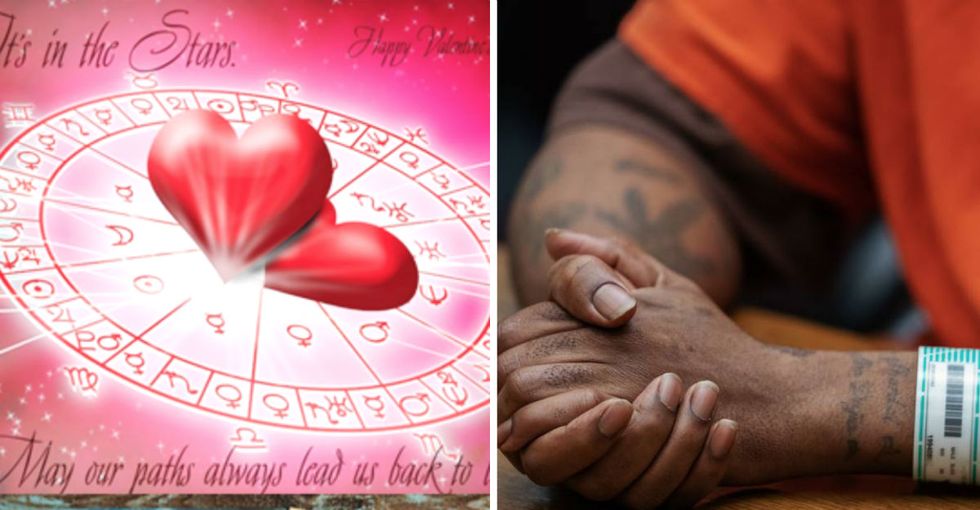 America proudly calls itself the “land of the free,” but at the same time it locks up a greater percentage of its citizens than any other nation on Earth. Currently, 2.3 million Americans are incarcerated.

Ninety-five percent of those incarcerated will eventually be released, 49% will be rearrested within eight years, 32% will be convicted, and 25% re-incarcerated.

Many people return to prison after being released because they have a hard time finding work or a place to live because of their criminal records. They often have a difficult time fitting back in with their friends and families.

While others reoffend because their mental health issues or behavioral issues were never addressed while incarcerated.

The high recidivism rate has a disastrous effects on the convicted, their families and communities. It’s also expensive. The average cost to house a prisoner for a year is around $30,000.

There is one tried and true way to lower the chances of an incarcerated person returning to prison and that’s family communication. According to Prison legal News, “Studies have consistently found that prisoners who maintain close contact with their family members while incarcerated have better post-release outcomes and lower recidivism rates.”

A 2011 study by the Minnesota Department of Corrections examined recidivism rates for 16,420 ex-prisoners over a five-year period and found that incarcerated people who received visitation from outside guests fared much better on the outside than those who received no visitors.

“Any visit reduced the risk of recidivism by 13% for felony reconvictions and 25% for technical violation revocations, which reflects the fact that visitation generally had a greater impact on revocations,” the study said. “The findings further showed that more frequent and recent visits were associated with a decreased risk of recidivism.”

For those that can’t visit their loved ones, companies like JPay are using the internet to provide video visitations, email correspondence, and money transfers, so people can provide as much support as possible to their loved ones while they’re away.

For Valentine’s Day, JPay has created a unique way for people to connect with incarcerated family members or loved ones through eCards. For around 30 cents a piece, family members can send greetings to their loved ones to show them they’re still in their hearts while they’re away.

Unfortunately, the U.S. prison system can’t be relied on to rehabilitate the incarcerated; however, inmates and their families can work together to help incarcerated people have the best chance of success after release.