Mom was NOT having it. 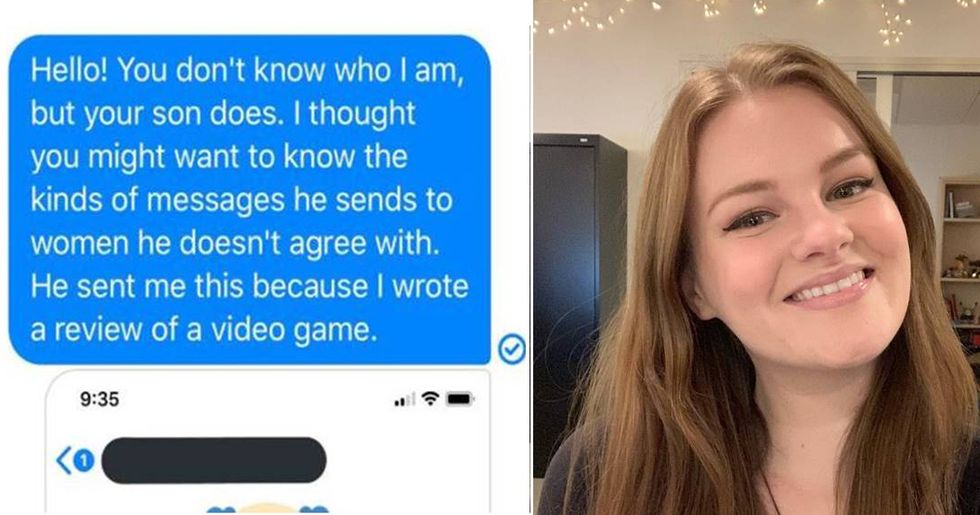 The gaming world is not a safe place for women. A British study found that more than half of female gamers have experienced verbal abuse, 40% have received obscene messages, and 10% have been threatened with rape while playing online.

Female game reviewers are prime targets for male harassment as well. “I don't know any women in the industry who haven't experienced [harassment]," Kallie Plagge, a reviewer at GameStop.com told The Daily Beast.“It varies by how outspoken you are on Twitter, for example, but I think we all get demoralizing comments, whether it's about our appearance or about the things we say."

Recently, Plagge published a review of a new video game called Days Gone that she gave a score of five out of ten. In her critique, she noted that the lead character Deacon was “selfish, and it's simply boring that the game is uncritical of him."

Her lukewarm review of the game resulted in a backlash on social media. Plagge received over two dozen Facebook messages and countless tweets. Most of them were from men who complained that she was prejudiced “SJW."

(SJW stands for social justice warrior and is a pejorative term used against activist progressives.)

“It was very clear [from] very early on that it had nothing to do with the content of our review," Plagge said. “It was very much just that guys wanted to find an excuse to say sexist things to women."

One harasser sent Plagge a disgusting message and she found the perfect way to get him back.

Plagge did a quick Facebook search and found the harasser's mother and shared a screenshot of his disgusting message.

“Hello! You don't know who I am, but your son does," Plagge wrote to the woman via Facebook. “I thought you might want to know the kinds of messages he sends to women he doesn't agree with. He sent me this because I wrote a review of a video game."

“I am so sorry," the man's mother replied. “He is 37 years old and I am so going after him. He definitely has problems. I will straighten him out!!!"

Dude is 37 years old and does this shit. Way to make a mother proud.

Plagge's revenge had to feel sweet, but it just shows the amount of work that's to be done before women can feel they can participate in the gaming world without being harassed. But at least there's one guy out there who's going to think twice before sending any more disturbing messages to women online.