“Welcome to the driver’s seat.” 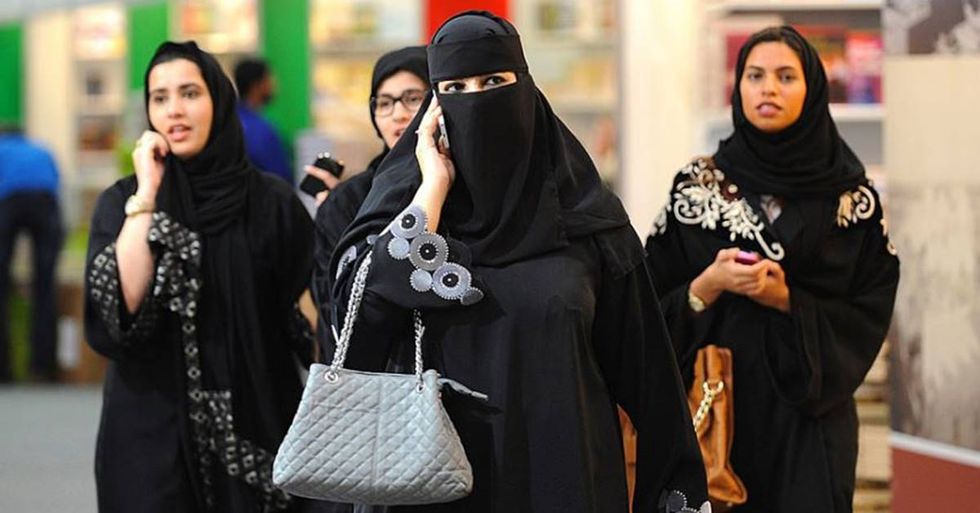 Earlier this week, after a decree from King Salman, Saudi Arabia became the last country on Earth to grant women the right to drive. Beginning in June 2018, women will be allowed to have a driver’s license without permission of their husbands or fathers. The kingdom hopes the change will improve its image on the world stage and help its sluggish economy as well.

Lower oil prices have eliminated many government jobs, so Saudi officials have been pushing its workers, including women, into the private sector. But the inability to drive legally forced many women to hire drivers, diminishing the incentive to work. Saudi officials hope that making it easier for women to commute will boost productivity.

International automakers are understandably excited for the change as well. Ford Motor Company leaped at the opportunity to cash in on the new market by releasing a striking ad showing the brand’s solidarity with Saudi women.

In a tweet Wednesday, Ford shared an ad featuring a Saudi woman looking in a rearview mirror. The black material behind the mirror resembles that of a niqāb, a veil that Saudi women wear in public. The simple, powerful image also featured a caption that read: “Welcome to the driver’s seat.”

Although other automakers released ads soon after, Tim Nudd of Adweek thinks Ford’s was the most successful. “The beauty is in the simplicity—an advantage the Ford work had over competing efforts from brands like Nissan and Volkswagen,” he wrote.

After Saudi Arabia permits women to drive, @Nissan, @Ford, and @Volkswagen publish ads. Ford's is the most visually interesting, in my view. pic.twitter.com/nqBERNfHWU

Allowing women behind the wheel should work wonders for the country’s auto market. 2016 saw a 30% dip in sales after a long upward trend. Automotive forecaster LMC Automotive predicts that auto sales will increase 15% to 20% annually in the country over the next few years.

But the new rule isn’t great news for everyone. A large portion of the kingdom’s migrant workforce — over 1.3 million men — are currently employed in the as drivers, and many are now likely to lose their jobs.