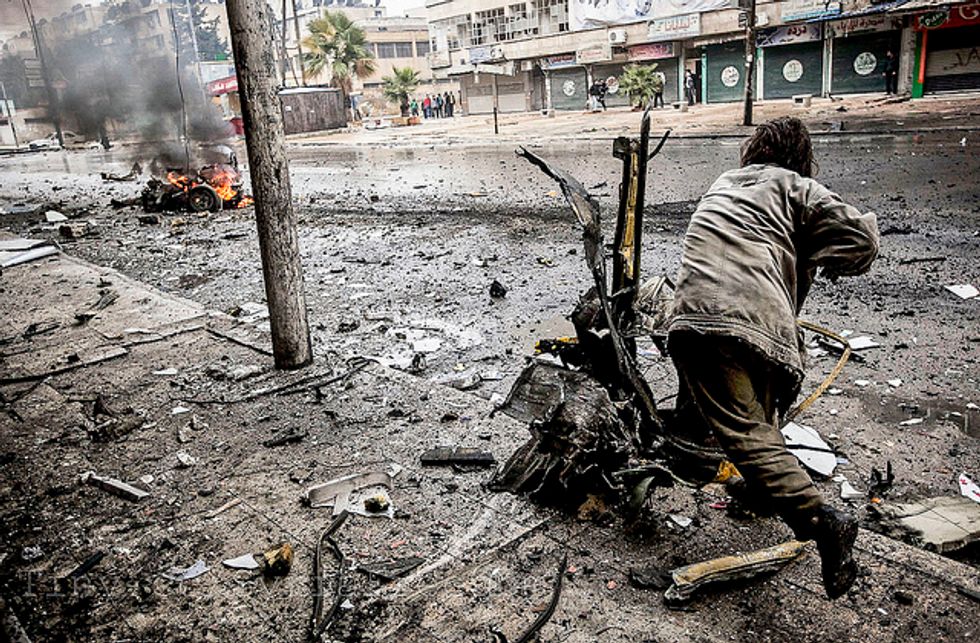 Former New Mexico governor and Libertarian Party presidential nominee Gary Johnson made a major campaign misstep during an interview on MSNBC’s “Morning Joe” on Thursday, revealing his weak grasp on foreign policy matters and total lack of knowledge on the Syrian city of Aleppo.

When commentator Mike Barnicle asked Johnson how he would address the refugee crisis in Aleppo if elected, Johnson said earnestly, “What is Aleppo?”

Barnicle responded, “You’re kidding,” to which Johnson repeated that he was not aware of the city or the civil war currently ravaging the area. Barnicle then had to explain to Johnson that Aleppo is the “epicenter of the refugee crisis” in Syria, causing the presidential candidate to fumble to recover from his shockingly ignorant response. In the midst of Johnson’s final push to reach the 15 percent of voter support needed to be included in the presidential debates, this stumble could be a fatal blow to his campaign.

To be fair, this wouldn’t be the first time Johnson admitted to not knowing basic information. At a convention in Pasadena, California, in late June of this year, Johnson asked, “Who’s Harriet Tubman?” after entering a room dedicated to the famous abolitionist.

Another Twitter user hinted at Johnson’s outspoken marijuana use as a possible reason for his foggy memory.

I'm wondering whether it was wise for Gary Johnson to stop using weed while campaigning for president #WhatIsAleppo
— Jim Aloisi (@Jim Aloisi)1473337003.0

Whether Johnson has been hitting the reefer too hard or simply has no clue about foreign policy, here are some videos and images to help remind him of the dire state in Aleppo.

#Aleppo's children should no longer live in fear of attack in one of world's most dangerous cities. v/@unicefmena https://t.co/qsFkN0sfim
— Kent Page (@Kent Page)1472480596.0

For more information, check out these mini-documentaries about the refugee crisis in Aleppo.