Though the anemic system may only locate the most inept or accidental fishery abusers, it’s still a step in the right direction. 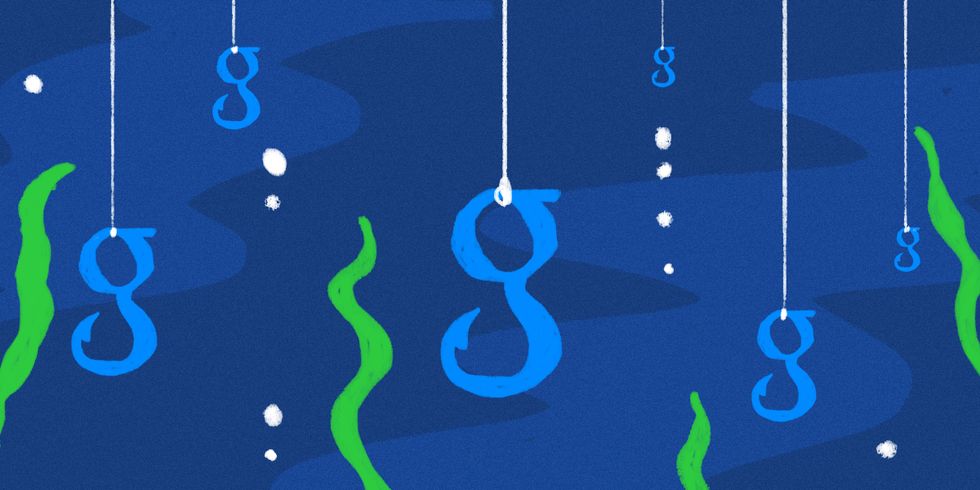 Last month at the International Union for Conservation of Nature’s World Parks Congress in Sydney, Australia, Google unveiled a project it bills as a groundbreaking leap in the use of cloud computing, big data, and satellite networks—all to stamp out overfishing. The program, Global Fishing Watch, launched in beta with the help of environmental outfits Oceana and SkyTruth, uses the signals from Automatic Identification Systems (emergency devices installed in all major ships) to plot the trajectory of every commercial fishing vessel on the ocean. If they can raise $3 to $5 million to launch a public program, Google hopes that this visualized, real-time data will empower citizens to monitor and track ships, reporting those working in protected waters or outside of their supposed zones of operation to authorities.

A prime example of an elegant technological silver bullet in the minds of many, GFW has received tons of great coverage. The only problem being it’s inherently flawed. The anemic system will, critics argue, only locate the most inept or accidental fishery abusers, and in its self-congratulation may distract from more dire threats to marine health. That’s not to say the program is worthless. It’s a step in the right direction, towards uniting big data and environmentalism, the latter of which has been left out of some major technological shifts spurred by the former. But GFW’s failings, disappointing as they might initially seem, can actually teach us the right way to form the connective tissue between high-tech computing solutions and on-the-ground tree huggery.

That said, even a flawed innovation is a worthy ally in the dire fight against overfishing. According to a 2014 UN report, at least 90 percent of the world’s fisheries are fully exploited or overfished, and the same percentage of the world’s largest marine predators, like marlin, sharks, and tuna, have been vanishing. The current global fishing fleet catches two to three times what the world can support, and in the past has this led to the collapse of whole ecosystems, destroying not just the local fauna but the human communities who depended upon them. Given that fishing hauls seem to have peaked in 1989 and been on the decline for the past two-and-a-half decades, some grim scientists predict that the oceans could experience total ecological collapse by 2048. Just this month, reports emerged that Bluefin tuna populations have dropped to 96 percent below their historic baseline—basically a sign of imminent extinction given the global Bluefin sushi market.

However, the Google system can only track the worlds 3,000-plus commercial fishing vessels, not the countless illegal, undocumented small vessels that make up a huge part of the 11 to 26 million tons of fish on the black market every year. Beyond that, according to vessel tracking firm Windward, most larger vessels participating in illegal fishing (or human trafficking or smuggling) have been manipulating their AIS signal since 2012 when tracking sites became commonplace. Most ships report their final destinations only 41 percent of the time, at least 25 percent of ships have their AIS turned off for a 10th of their voyages, and 1 percent of ships simply use a fake AIS identification. Able to travel almost anywhere by custom, no one locally bats an eye at strange ships passing through their waters or ports. This means that Google’s system can do very little to track or combat perhaps the bulk of and certainly the worst offenders.

At the very least, GFW makes an invisible problem, occurring far offshore, into a clear message for the public—and Oceana notes they have used the technology to implicate at least one large vessel in illegal activities. And with the rise of massive new fishing prohibitions in the Pacific Ocean, like the protection of territorial waters around Kiribati and Palau announced this year, the system can hopefully at the very least, allow greater monitoring of the world’s few yet vast totally prohibited fishing-free zones.

The problems with this kind of system extend far beyond this one project, though. IBM promised that by 2020 big data would put 300 times as much information onto the internet as existed cumulatively in 2005, but despite recent hopes about what this could mean for environmentalism, little of that data will be relevant to the hidden, low-tech crimes decimating the earth’s ecosphere. As of 2013, Yale Center for Environmental Law and Policy researcher Angel Hsu has made a compelling case for how big data is, to environmentalists, more a series of fundamental gaps, great at monitoring pollution in cities but subpar in, say, watching remote oceans where no one collects much data of any kind. At best, satellite data is good for watching at risk patches of forest in near-real time or estimating how many fish fixed-in-place unreported weirs are pulling in—static sites that hardly require much data, just vigilance and a good vantage point.

Hearteningly, there are a few successful big data gathering programs in place, praised even by skeptics like Hsu, which may help to fill the gaps pointed out by GFW and similar programs. Algorithms developed to track and predict deforestation and trap-camera and image analysis programs monitoring animal numbers to track biodiversity, migration patterns, and so on, have both proven successful. In Africa, anti-poaching experts already believe that the jump can be made between migratory patterns and algorithmic prediction, using military tactics mathematics to follow remote herds across vast expanses, and by so doing predicting poacher strikes and dispatching guards accordingly. At risk animals can also be continually monitored with drones.

These same principles of big data collection via technological solutions could help us track and count small populations of fish across isolated areas, building up enough information to feed into a predictive algorithm. Such algorithms in turn would give us a better sense of where fish will be than we’ve ever had before, allowing us to target and, through drones or citizen monitors watching satellite feeds, report any ships of size entering regions inhabited by an endangered school. It’s a complex dream and far off, but it squares the circle Google has just started and fulfills the promise of bringing big data to the seas. For now we can use GFW for all it’s worth as a publicity tool and occasional crime prevention mechanism, hoping that the oceans hold out long enough for a more robust technological solution.