Back in January 2018, Vanity Fair released a cover featuring a three-legged Reese Witherspoon. 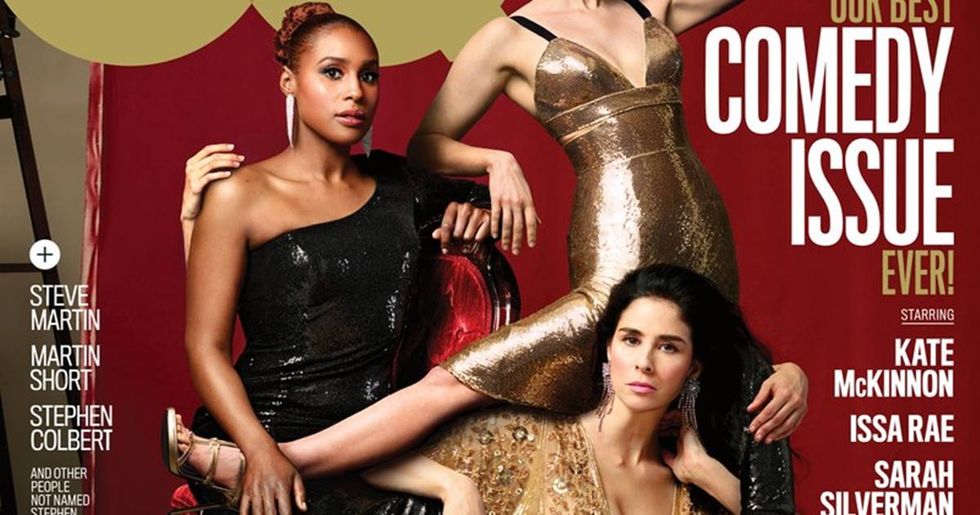 To combat the deluge of Photoshopped models on magazine covers and in advertisements that present unrealistic beauty standards, brands have been battling back with pledges to never alter photos of their models.

Over the past few years, Seventeen, Dove, Verily, ModCloth, and Aerie have all vowed to present real images of women in their publications and advertisements.

Earlier this year, Vanity Fair showed just how ridiculous and rampant Photoshopping has become with its Hollywood 2018 issue. The cover featured a three-legged Reese Witherspoon while a photo on the inside had a three-handed Oprah Winfrey.

im tryna figure out how many legs reese witherspoon’s got in here, it’s been bothering me for the last five minutes pic.twitter.com/u1uQ63sDdd

Retweet this picture of Oprah with 3 hands or you'll have a decade of bad luck pic.twitter.com/nPMOoe3kQk

Vanity Fair later released a tweet saying that Witherspoon’s third leg was just the lining of her dress while admitting the Oprah mistake.

While we would have loved the exclusive on @RWitherspoon's three legs, unfortunately it's just the lining of her dress. https://t.co/HJjvbc037S

GQ couldn’t resist taking a swipe at Vanity Fair with its 2018 comedy issue. The cover features Kate McKinnon, Issa Rae, and Sarah Silverman alongside a few extra arms and legs. The headline boats the magazine is “Hands down our best comedy issue ever!”

GQ and Vanity Fair are sister publications beneath the Condé Nast media umbrella, and according to Page Six, Vanity Fair isn’t laughing at the joke. “There is mass fury at VF today, the staff and editors are really upset. GQ is spoofing the VF cover which came out with all the Photoshop mistakes, the mysterious extra legs and hands attached to Oprah,” a Condé Nast source said.

“But Jim Nelson, the editor-in-chief at GQ, never told Vanity Fair editor-in-chief Radhika Jones, or anyone else at VF, that he was planning this,” the source continued. “They are being mocked by a sister publication, nobody told them in advance, and they found out about it at the same time as everyone else.”

While GQ has yet to publicly apologize to Vanity Fair, it did attempt some tongue-in-cheek amends with the comediennes on its cover.

“GQ would like to apologize to Kate McKinnon, Issa Rae, and Sarah Silverman for the egregious mistakes made in the process of creating the cover for our 2018 comedy issue, the latest in our pantheon of mostly annual love letters to the funniest humans we know. Our intention was to celebrate the three super-funny superstars, who are all that is smart and perceptive and riotous and necessary in comedy right now. We deeply regret that the results violated GQ’s rigorous standards of editorial excellence and the laws of nature.”