Republican senator coldly mocks a woman for asking why he wants to kill her by repealing Obamacare. 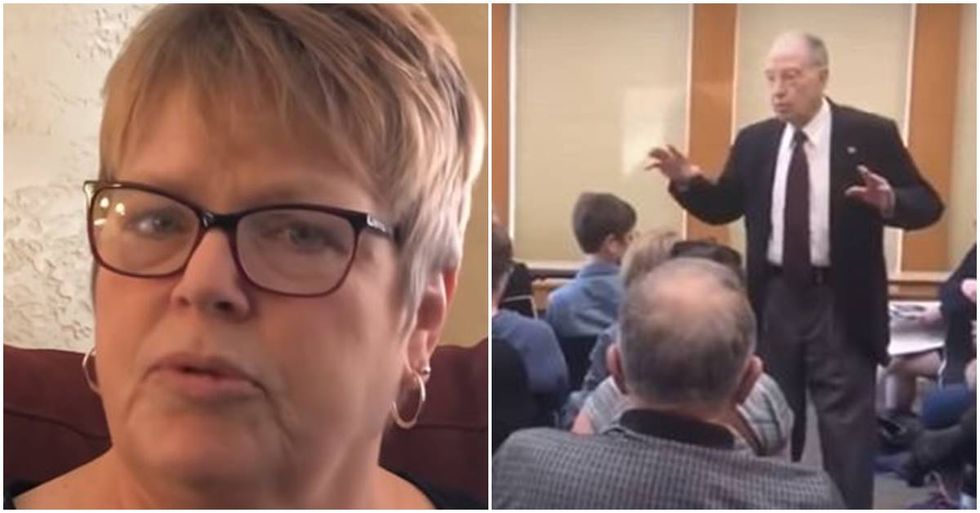 In the early days of the Trump Administration, Republicans attempted to repeal the Affordable Care Act (aka Obamacare) and replace it with a hastily slapped together plan that would have eliminated health coverage for over 20 million people.

It was a cold-blooded attempt by conservative lawmakers that put countless lives in jeopardy to please a donor class that wouldn’t feel the effects of the repeal.

Now, although repealing the ACA would be impossible with a Democratic majority in the House, conservatives are attempting a repeal through the courts. A lower federal court in Texas ruled late last year that the ACA was unconstitutional and the decision could be appealed to the Supreme Court which now holds a conservative majority.

At a recent town hall event in Iowa, Republican Senator Chuck Grassley was asked by a female voter about his plans for “those of us with pre-existing conditions, people who are on their parents’ insurance, and again, people like myself who need life-guaranteeing medication?”

“We could lose our insurance and I’d probably be dead in two months,” she added.

Grassly stumbled a bit and then said she’s only asking because “the courts may declare the ACA unconstitutional,” which he believes won’t happen.

“You voted seven times to repeal [the ACA]. Why?” the woman pushed. “Well, first of all, it’s not going to get repealed,” Grassley responded, failing to answer her question.

“I want you to answer me personally, as a person whose life depends on insurance, I would be dead in 60 days or less without the Affordable Care Act,” the woman asked. Grassley’s response was to mock her by saying he supports its repeal but that it won’t happen because of the current political climate in Washington.

“Well, first of all, it’s not going to get repealed,” Grassley said. “Besides, if we pass it in the Senate, we wouldn’t get it through the United States House of Representatives. So what are you worried about?”

Again, Senator Grassley, a man who’s attempted to take away this woman’s health insurance multiple times, asked her “what are you worried about?”

There is no better example of the disconnect between GOP lawmakers and their constituency than the hostility Grassley has toward a woman pleading him for her life.