Harambe Isn’t The Perfect Meme—It’s A Racist One 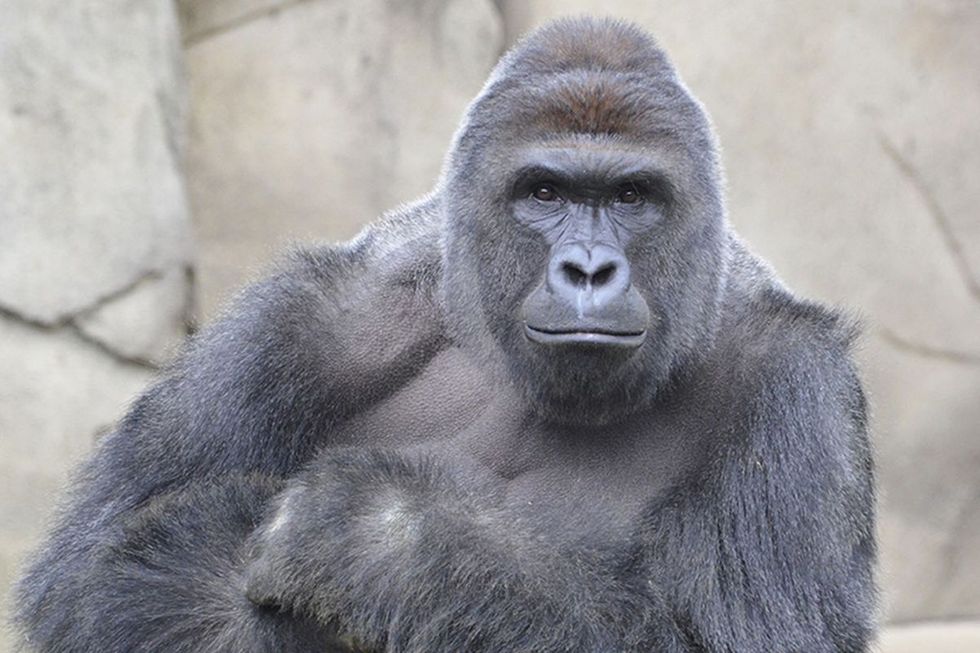 Last week, The Atlantic ran a piece titled, “How Harambe Became the Perfect Meme.” The subtitle read: “The slain gorilla signifies nothing — except maybe our increasingly weird post-everything world.” But it doesn’t take much reflection to realize that what the gorilla and the jokes surrounding his death signify is much pernicious. Nowhere in The Atlantic article is race even invoked to explain the meme’s staying power.

Living on the internet as a black person can be difficult—to put things mildly. Online, as in the real world, whiteness is seen as the default. And anything or anyone on the “wrong” side of that description can find themselves marginalized and othered, or worse, threatened and attacked. In a society where too many of us only look for racism at surface level, searching out the most egregious ghosts in white hoods or the codified vileness of a supposedly bygone era. If no evidence of racism is found skimming the top layer of our collective or individual experiences, the common assessment is that there is nothing to fear and nothing to worry about. The internet is not exempt from this dynamic.

When video of a small boy falling into the gorilla enclosure at the Cincinnati Zoo hit news feeds in May, it seemed just another instance of the harrowing weirdness of our world. In the days following the incident, the boy and his family, who are black, became the targets of online vitriol that became increasingly radicalized. Media outlets looked into the father’s criminal record, much in the same way they do when a black person is killed by police. Protesters were picketing the zoo, launching petitions and calling for justice for Harambe, demonstrating an anger that was not present for the lives of black people killed by police.

After those chanting “All Lives Matter” grew tired of shaming the boy’s parents, memes and “tributes” to the gorilla flooded every corner of the internet, in every configuration imaginable. “Bush Did Harambe” joked one popular meme. The rapper Young Thug even titled one of the songs on his latest album “Harambe.”

Harambe is not the first example of an internet joke that functions to debase black people by comparing them to apes. In 2015, a so-called “sexy” gorilla in Japan went viral, many of the resulting memes were steeped in the racist tradition of objectifying black men. There was an implicit insinuation that he was like the hulking black male of white imagination coming to conquer all the helpless, impossibly submissive women of Japan. In July, Ghostbusters star and comedian Leslie Jones was compared to a gorilla and an ape by an army of racist Breitbart trolls. Like all racist tropes, this one has meandered through the muck of our consciousness, a serpent taking on a new form.

Those who claim to eulogize Harambe are, more often than not, doing so in a tongue-in-cheek manner that mocks what he represents in our collective consciousness. “Harambe is the message that became a medium, capable of carrying any signal, without becoming identified with any of them,” wrote The Atlantic. But this argument ignores the cultural context in which Harambe became a meme in the first place. From King Kong to the exhibition of black children in human zoos in the 20th century, there is a precedent for understanding the joke as an extension of a racist history that diminishes black life.

As The Atlantic astutely points out of Richard Dawkins’ original meaning of a meme:

“Richard Dawkins: a cultural signifier that spreads simply because it is good at spreading. It is neither worth spreading the way a TED talk aspires to be, nor particularly worth resisting. It spreads because it can.”

It seems too much to ask white folks cloaked in the abyssal secrecy of the internet to show a similar decorum and respect in grieving the death of a black man, woman or child. I can’t, however, accept that it’s mere coincidence—or a result of internet “weirdness” as The Atlantic argues—that this incident more than many others before it has proliferated as it has. There was a time when I would fight tooth and nail to beat back this perception of black people as akin to animals such as Harambe. I know better now, how white people view us has nothing to do with us and everything to do with them.

Earlier this month, a letter by UMass resident assistants allegedly banning Harambe jokes because they were “microaggressions” made news, angering many critics of “PC culture.” These people interject, loudly and repeatedly, that the world’s gone soft. But the truth is, we’re just tired of your shit and not down for taking it anymore. If you’ve never had to deal with white people as someone who is not white, it’s likely that you don’t see what the big deal is.

Those scratching their heads at the UMass notice may not see the harm in all this. They may also not know what it feels like to see, as I did, a fellow black classmate called “GO-RILLA” instead of his real name for an entire school year. This same university dealt with a scandal after a student wrote the n-word on a black student’s dorm room door only two years ago.

The “Perfect Meme,” borne of the death of a gorilla unfortunate enough to find himself in a zoo, is a statement on our current moment, the mob mentality, the absurdist levity and the reflexive denial when faced with uncomfortable truths that can make modern life—online and off—incredibly frustrating. In the past month, the jokes have grown tiresome. But putting a finger on why they wear me out, and being able to move past them, helps me make sense of my experience as a black person on the internet.