While the Martin Jetpack is set to be the first commercially available personal flying machine, its primary focus is to save lives. 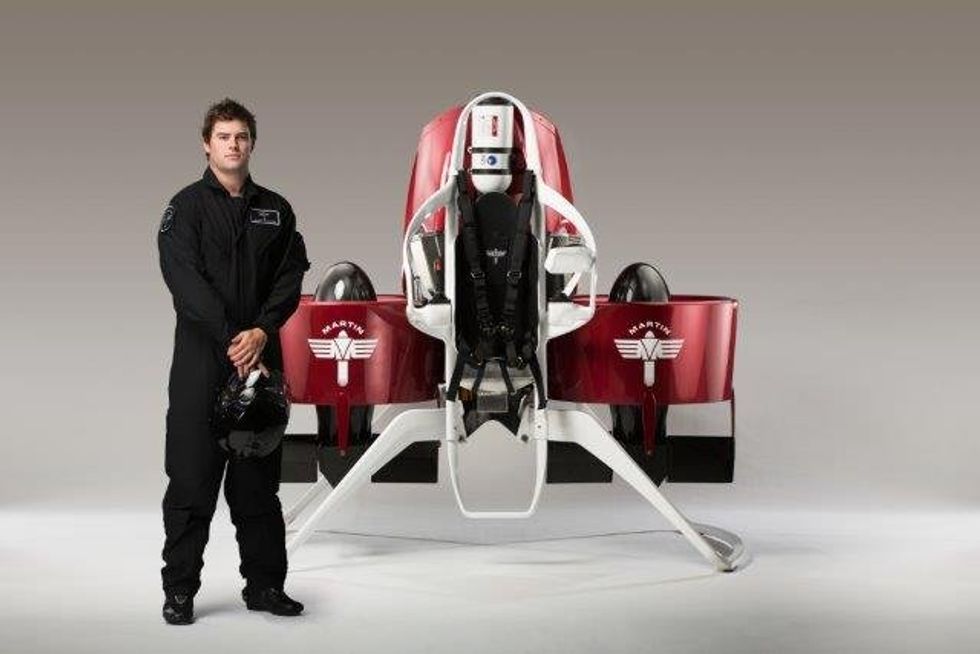 It’s long been the refrain of those (myself included) who aren’t quite satisfied with the pace of progress toward our sci-fi inspired dreams of the future. Dazzled by Jetsons-esque promises, only to be disappointed by the slow crawl toward what might not be such a space-age utopia after all, we turn our heads to the sky and shout:

“Where are those jetpacks we were promised?”

As it happens, they’re almost here. In fact, they’re just a year away.

While custom flying machines have been around in various forms for some time now, the first commercially available jetpacks will hit the market in late 2016, according to the New Zealand based Martin Aircraft company. The company’s latest model, the P12, was on display at last week’s International Paris Air Show, and has been making waves as a potential game-changer in the field of personal aviation. 35 years in the making, the Martin Jetpack boasts top speeds of over 45 miles-per-hour, and a sustained flight time of 30 minutes. They fly fast, they fly far, and will reportedly run anyone interested in owning one somewhere in the neighborhood of at least $150,000.

Here’s how they look in action, during an (unmanned) test flight:

While the prospect of zipping around in our own personal flying machines is certainly an appealing one, Martin Aircraft seems less focused on their product’s everyday applicability than they are in its potential for emergency response and rescue work. As company CEO Peter Coker explained to Reuters:

“I think the first responders will see that as a massive improvement to their capability. So, for example, in the fire services going around to look at the situational awareness of what's going on, perhaps through water security or even search and rescue on beach patrol, something along those lines. Naturally for the ambulance service getting to a point of importance of rescuing people in the shortest possible time. So there's a lot of uses within that first responder environment.”

To that end, the company is already marketing a discrete “First Responder” model, priced at $200,000, which will be the first of its products to hit the market in 2016. A $150,000 “Personal Jetpack” is then slated for release the following year. So while these may very well be the flying machines we were promised, their hefty price tag means they aren’t for everyone—at least, not yet. Commercial availability will almost certainly breed commercial competition which, when coupled with ongoing technological and mechanical advancements, will likely (hopefully) drive prices down.

For the time being, then, the commercial sale of personal flying machines is not so much a sign of having finally arrived at our science fiction utopia, than it is a bold step toward that dream. But for those of us who’ve salivated at the thought of seeing the skies filled with rocket packs and flying cars, 2016 can’t come soon enough.