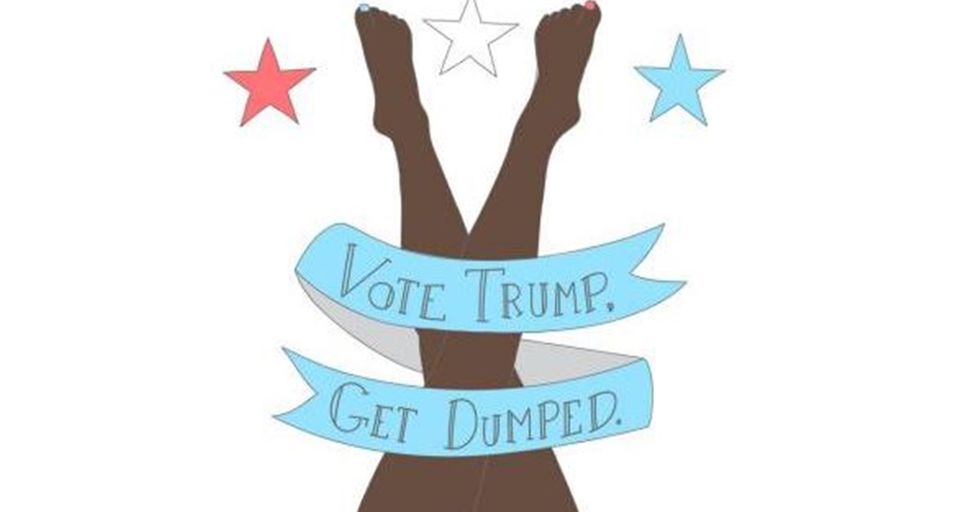 Recently, after pulling their collective heads out of the sand, the Republican Party realized that Donald Trump might actually win the presidential nomination. So in order to stop Trump from destroying the Grand Old Party, they dragged out Mitt Romney to expose him as a con man. And this week, reports surfaced that it may even consider running a GOP standard-bearer as a third-party candidate. On the left, countless Bernie Sanders supporters have held protests at Trump’s rallies, and their presence at a planned Chicago event led to its cancellation by the Trump campaign. Now a Cincinatti couple are trying another tactic, one that has worked throughout history: a sex strike.

Chandler Smith and her husband created a website where women can pledge not to “date, sleep with, or canoodle with” any man who supports Trump. They say on the site that they believe it will be effective because “The Greeks did it. Women during the temperance movement did it. This is a tried and true method of getting men’s attention when they’re being dumb.” The couple have taken action to stop Trump because of his rampant misogyny. “To cast a vote for Trump is to agree with his sexist, perverted, demeaning, backwards, offensive treatment of women,” the site reads.

Here are just a few tweets that confirm Trump’s misogyny.

To take action against Trump, #VoteTrumpGetDumped has provided some memes for you to share on social media.