In her new memoir, Richards recalls being approached by the duo to support the president-elect’s agenda. 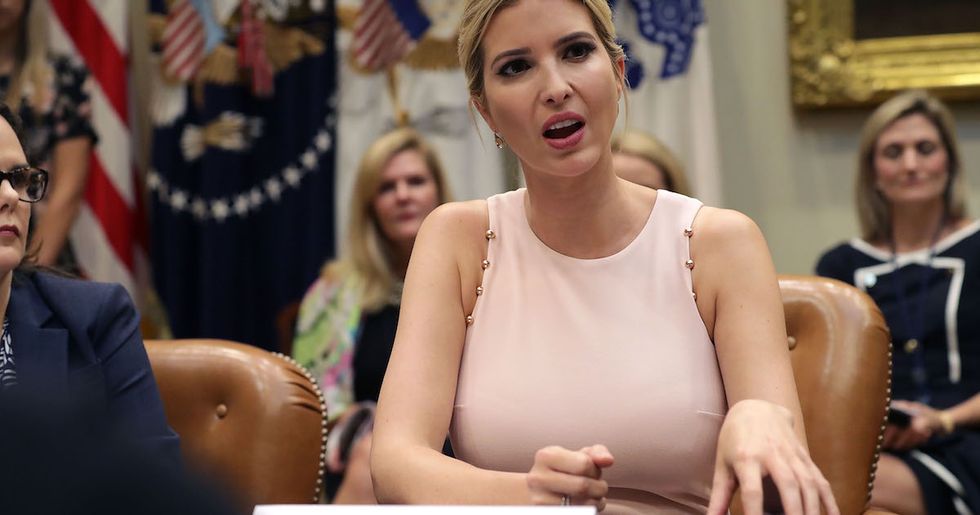 In her new memoir, “Make Trouble: Standing Up, Speaking Out, and Finding the Courage to Lead,” Planned Parenthood CEO Cecile Richards said that she was approached by Jared Kushner and Ivanka Trump with a proposal to have the organization stop funding abortions.

The offer, which Richards characterized as a “bribe,” was made during the transition prior to Donald Trump’s inauguration. In the days prior to Trump taking office, Richards claims that Jared and Ivanka approached her pledging to increase federal funding if the organization would cease providing abortions.

In her book, Richards states that Jared told her that Planned Parenthood “had made a big mistake by becoming ‘political.’”

She continues in the memoir, “The main issue, he explained, was abortion. If Planned Parenthood wanted to keep our federal funding, we would have to stop providing abortions. He described his ideal outcome: a national headline reading ‘Planned Parenthood Discontinues Abortion Services.'”

We're so excited for @CecileRichards‘ #MakeTrouble—out next week! Everyone who pre-orders will be entered for a cha… https://t.co/XmdKDoNZba
— Simon & Schuster (@Simon & Schuster)1522184404.0

Since the encounter with Jared and Ivanka in January 2017, Planned Parenthood has enjoyed a windfall of funding and donations amid Speaker of the House Paul Ryan’s announced intention to defund Obamacare and Planned Parenthood. Between Jan. 20, 2017, the date of Trump’s inauguration, and April 20, 2017, the organization saw a 1,000% increase in donations.

While the proposal from Jared and Ivanka may not come as a surprise given the administration’s practices since the election, it does lend credence to Richards’ claim to People magazine in July 2017 that the Trump regime “has been worse for women than any administration I’ve seen in my lifetime.”