‘They’re like sparkly guns you can shoot in the sky.’ 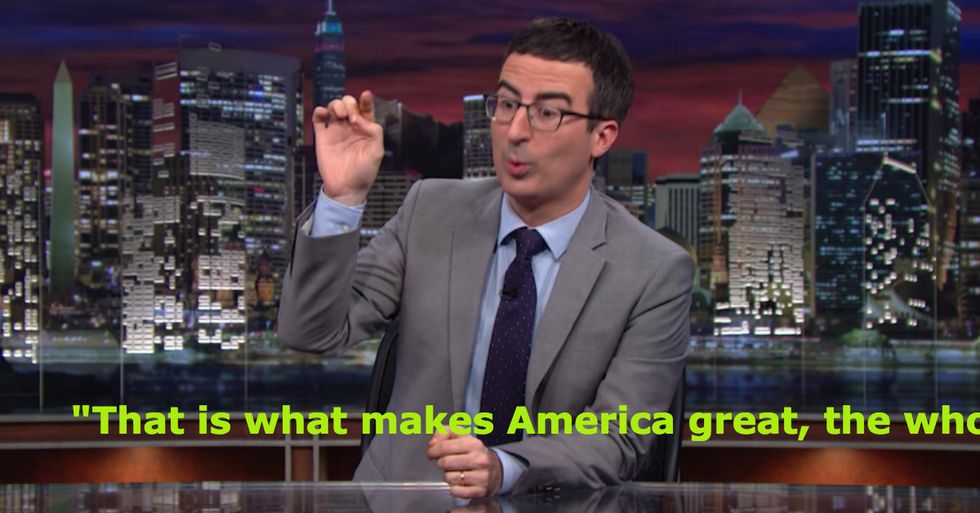 Leave it to John Oliver to poke some clever fun at one of America’s most sacred sources of a good time: Fourth of July fireworks displays. The bespectacled snarkmeister’s team of premium satirists fired away for the holiday with an evergreen package on the silliness that so often accompanies those “sparkly guns you can shoot in the sky.”

Not to say Oliver DESTROYED our lusty love for the annual blast-fest. On our nation’s birthday, our ritual of the habitual has the same sort of droll dignity as, well, singing the Happy Birthday song. Equal parts goofy and grounded, it’s got that irresistible mix of the timeless and the fleeting about it.

That’s the magic of tradition—especially tradition that doesn’t cramp anyone’s liberty. We die-hard mass consumerists are as easy to lampoon now as we were when George Romero set his sequel to Night of the Living Dead in a mall beset with zombies mindlessly mimicking what they did best in life: shop. But we’re not all relentless spenders. Sometimes, for what always ends up feeling like just a few minutes, we like to sit on a damp blanket in questionable weather and endure a theatrical barrage with our closest friends and family (and whatever randos from the neighborhood happen to have scored the prime patch of viewing ground). Yep—that’s how we do thoughtful reflection on our place in the warp and woof of time.

There’s often something inescapably awesome about doing irrational things we’ve been able to keep up for longer than anyone can remember. You can tell that suiting up for Independence Day fireworks is one of them. When we’re all done laughing along with Oliver and company, we’ll march right out into a field after dinner and enjoy the show.