A team of grade-school builders look ahead to create the type of city they want to grow up in. 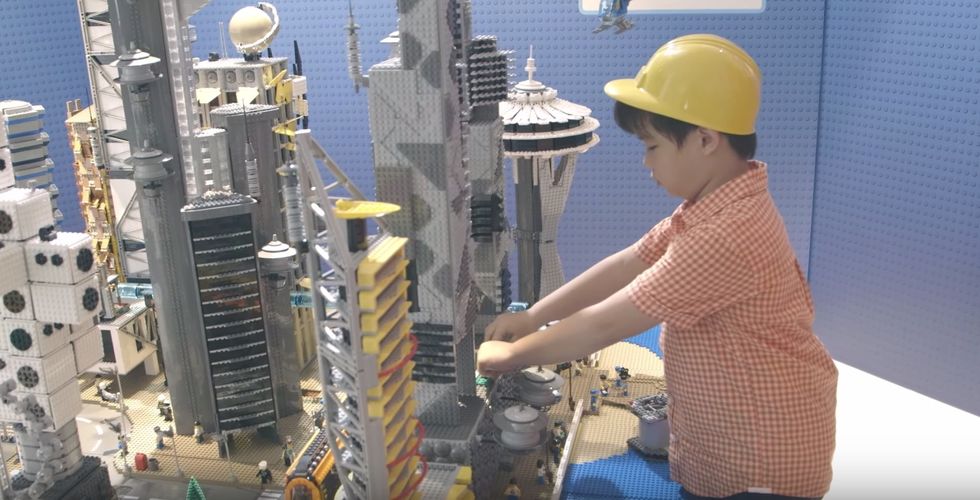 In the fifty years since the Republic of Singapore was declared an independent country, the island city-state has become one of the powerhouses of Asia, with influence that often far exceeds its relatively small size. Now, after five decades of independence, Singapore is looking ahead by asking some of its most creative citizens to imagine what life will be like there, fifty years from today. And what better tool to imagine a community of the future with than LEGO building blocks?

LEGO, in partnership with iris creative agency, invited a team of designers to create a large diorama depicting their vision for Singapore’s future. What they built was an inpressive—albeit fairly standard—futuristic cityscape, full of angular skyscrapers in muted shades of grey and white. It’s only once *another* crew of designers took a pass did the Singapore of the future start to feel less like a sterile thought-experiment, and more like a living, breathing city, full of parks, people, and color. So what was different about that second team of LEGO builders? What creative spark did they have, which the first team seemed to lack?

Dan Luo, LEGO’s Country Manager for Singapore, noted: “It was fascinating to see what their priorities were for Singapore. Sometimes we might lose what is most important in the pursuit of development: spending time with loved ones, and taking care of our communities.”

PSFK points out that this is part of a larger Lego Singapore initiative to celebrate the country’s 50th anniversary, which includes live, large-scale Lego construction showcases, and limited-edition Lego mini-figurine giveaways.