Police officers from across the country are coming together to grieve over a burning doughnut truck.

When times get tough, cops come together. 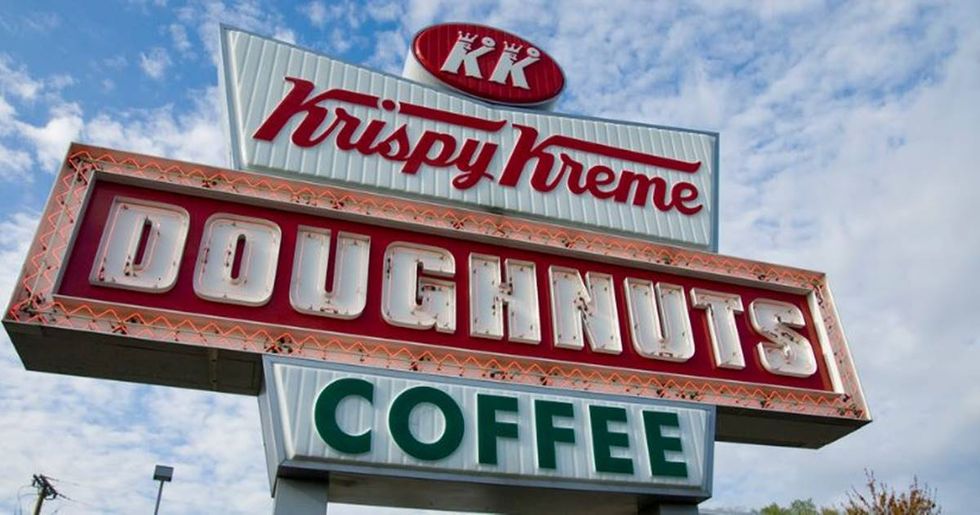 On New Years’ Eve 2018, police officers from Lexington, Kentucky were dispatched to a dangerous truck fire. No one was injured and the fire was put out quickly, but the truck was severely damaged.

Sadly, for the officers, the vehicle was a Krispy Kreme delivery truck.

“The first thing we had to do was make sure no one was in the truck,” Kyle Mounce, one of the offers on the scene, told the Lexington Herald Leader. “After we confirmed no one was in there, we thought, ‘How are we going to save these doughnuts?’”

Because, as the stereotype goes, cops love donuts.

After the situation was deemed safe, the officers took a self-deprecating jab at themselves by posing in front of the vehicle with tears in their eyes.

The tweet quickly went viral, gaining nearly 140,000 likes. “I’m totally shocked at how it’s taken off,” Mounce said. “It came about as just sharing it with co-workers ... and it’s blown up from there. I can’t believe it.”

While Twitter users across the world thought it was hilarious, police departments from all over the country responded with their heartfelt condolences.

Hang tight, we are sending backup forthwith, and these guys came prepared. We hope you like sprinkles. pic.twitter.com/S2WIY2ZR38

Come to the Rockies. Break (glazed) bread with us at our table. Console yourselves. And, uhh...avoid the brownies, mmkay?

We feel your pain up here is South Dakota. #BuckleUp
Call if you need to talk. pic.twitter.com/1AziYa9Dlw

So tragic, we feel your pain.

In #TheJob we deal with all kinds of traumatic events....

I hope your Officers are recieving the necessary help and support during this difficult time...

My Brothers and Sisters, I feel your pain.

Ok guys come to Texas and try a hot @ShipleyDo_Nuts! I promise it will get rid of the donutblues! Happy New Year to you all. All the best in 2019 and be safe. #RelationalPolicing

Sending our love and support from Austin, TX.

Two days later, Krispy Kreme paid tribute to the distraught officers of Lexington by sending over dozens of doughnuts, led by a police escort.

“Seeing their post, the logical reaction was to bring comfort to them in their time of sorrow, and the only kind of comfort we know is with great, delicious doughnuts” Dave Skena, the chief marketing officer for Krispy Kreme Doughnuts, said. “That’s what we can do to ease their pain.”

Mounce believes the story is a great way to show the public that police officers are people, too. “Every officer I know, we all have a great sense of humor. We just don’t get to share it often because our encounters with the public often don’t call for humor,” Mounce said. “This was a great way to bring smiles to people’s faces and make people laugh.”