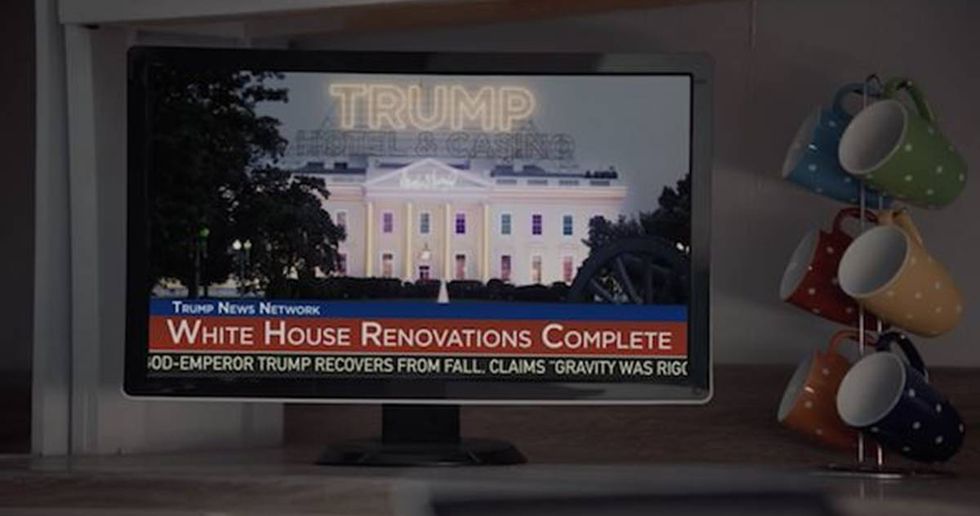 The America that Donald Trump wishes to create is a bleak place to live. It’s a country marked by massive walls to keep people out while over 12 million people are harassed by deportation forces from within. While Trump claims he will “Make America Great Again,” in actuality, he aims to create a country where the U.S. has reversed gains made in gender equality and minority rights. To give Americans a clear idea on what life will look like if Trump wins the election, BuzzFeed and Women Vote created a haunting video entitled “A Day In the Life of President Trump’s America (based on his own words).”

In a future made in the image of authoritarian leader Donald J. Trump, minorities are subject to harassment while Trump’s personality has become deeply ingrained in all aspects of American life. Trump’s hyperbolic language is adopted by Americans like Orwellian Newspeak and is used to refer to everything from coffee cups to car air fresheners. Pervasive sexism now permeates the country and women must face it in all forms from their healthcare to careers. Finally, in Trump’s America, we’re subject to one of the most grim elements of his psyche, his love of tacky architecture.