Louis C.K. Explains Why He Quit The Internet

“She dies inside every time I do this.” 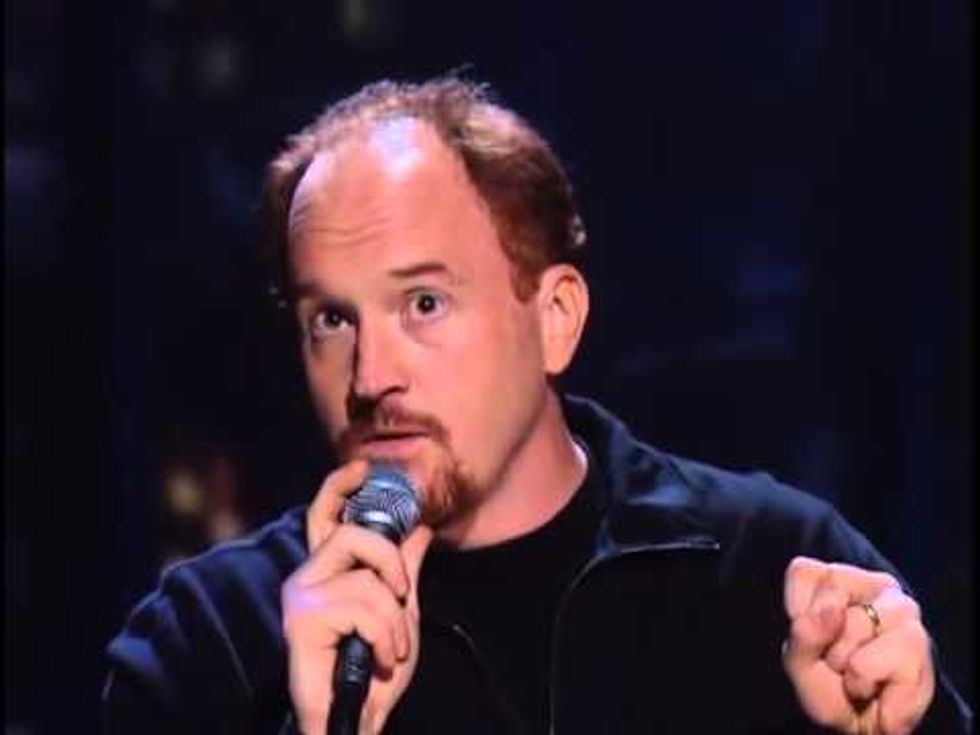 There’s been a lot of buzz these days about Internet addiction among the younger generations, but it’s not often that you hear of an adult who’s worried about how his own Internet use impacts his quality time with his children. But comedian Louis C.K. has done just that and has announced that he has “quit the Internet” in an effort to be a better parent.

In an interview with Conan O’Brien, the comedian declared: “I decided I don’t want to be on the Internet anymore. I don’t like the way it feels anymore.”

C.K. explained that his main reason for unplugging is the impact that his Internet use is having on his daughters. Discussing the urge to respond to a message instantly, C.K. joked, “My kids are nice people so they just wait. But she dies inside every time I do this.” As he looked down and pretended to be engrossed in sending a text message, C.K. wondered what this “horrible abandonment” is actually doing to his children. In an effort to better connect with his kids, the comedian remarked that his daughter has placed a restriction code on his phone and locked him out of the Internet. “It’s supposed to be the other way around. It’s supposed to be a parental phone to keep your kid off the Internet, but I had my daughter give me a code.”

So far, the comedian has been off the grid for a month. Instead of using Google for everything, C.K. joked, “I just walk up to people and ask them questions and stuff.” How has he been spending his new free time? C.K. reported that he has also started reading books again, including the classic Pride and Prejudice while on vacation with his daughter. It seems like C.K.’s abstinence has reaped the rewards he sought. His 10-year-old daughter gifted him with a sweet note expressing her pride and enjoyment for her father’s new lifestyle choices.