A breakthrough that could change sex forever. 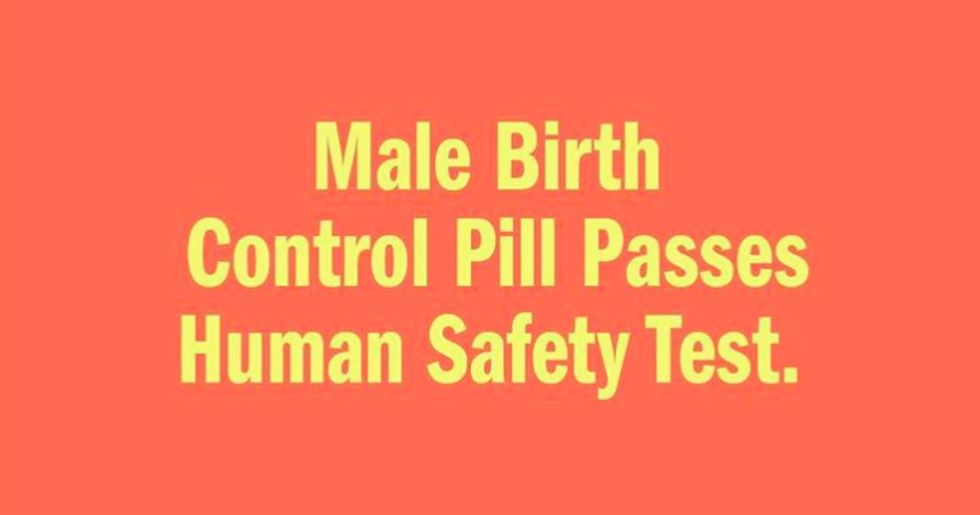 More than 50-years-ago, the female birth control pill was heralded as a revolutionary step forward in women’s empowerment. And the ensuing evidence goes a long way toward supporting that claim. Recent figures cited by Planned Parenthood show that investments in family planning equate to good government:

But three generations into the birth control era and it’s increasingly obvious that the gender gap applies to reproductive health in ways some never even considered. After all, women typically bear the cost of family planning, to say nothing of the psychological, physical and financial burden that comes with wanted or unwanted pregnancies.

A new study of a male birth control pill passed its first round of human tests, with all men completing the 28-day-trial without dropping out from adverse side effects.

The pill works by suppressing sperm count without compromising the libido, meaning men can still enjoy sex, and want sex, while virtulally statistically eliminating the fear of unwanted pregnancy. From the announcement:

"Our results suggest that this pill, which combines two hormonal activities in one, will decrease sperm production while preserving libido," Wang said.

The pill doesn’t work immediately. It takes around 60-90 days for men’s hormone levels to reach the right point for the birth control to be effective. Nonetheless, it’s a major step forward in leveling the playing field, both the empowerment and responsibility, for both men and women in reproductive health.

Still, there were some minor side effects reported such as acne. Next up, scientists are continuing clinic studies with rats and monkeys to see if issues such as increased blood pressure arise if the pill is taken for longer than three months. Once those trials have cleared, it’s likely the next stage of human trials can begin and then it’s only a matter of time before the male birth control hits the market.