Mel Gibson Is Making A ‘Passion Of The Christ’ Sequel

Atheists won’t believe what happens next. 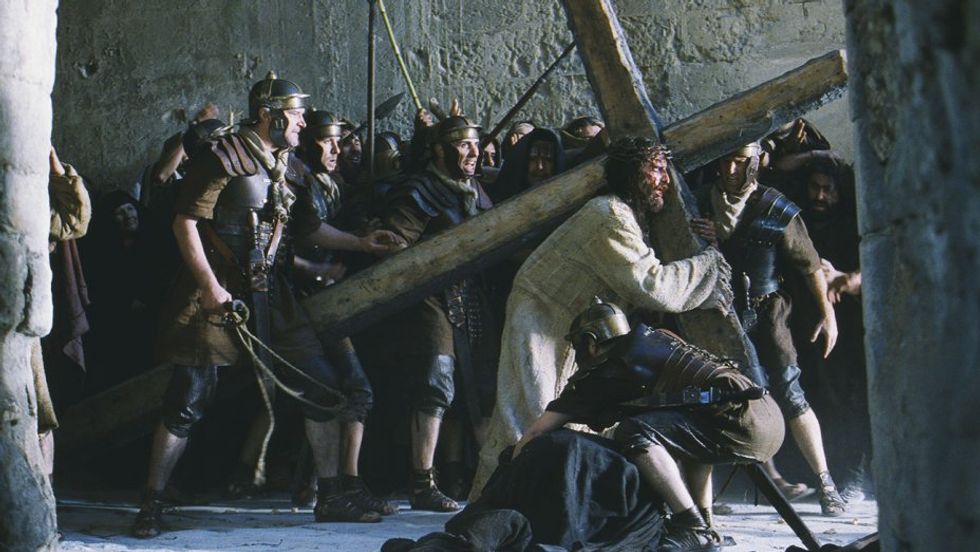 This isn’t a joke. Or, maybe it is. It all depends on how you feel about Hollywood’s culture of reboots and blockbuster sequels. Regardless, acclaimed Braveheart screenwriter Randall Wallace confirmed this week that he’s been working on a sequel to 2004’s mega hit and religious brusier The Passion of the Christ from director Mel Gibson. Since ***2,000-YEAR-OLD SPOILER ALERT*** Jesus Christ dies in the original, (but really that’s the whole point of the film), the sequel will reportedly focus on his resurrection. “I always wanted to tell this story,” Wallace said in The Hollywood Reporter. “The Passion is the beginning and there's a lot more story to tell.”

Gibson hasn’t confirmed his involvement in the project but his original was made for just $30 million and grossed more than $600 million worldwide. So, as it’s done with anything that makes a huge profit in Hollywood, God wiling, there will be a sequel.

The original Passion film was a huge source of controversy. Though it was extremely popular with evangelical Christian audiences, some felt it was anti-semitic, an allegation that wasn’t helped by public comments from Gibson. And though the imagery was undeniably powerful (Gibson is as talented a director as he is a mess personally), it was also one small step removed from the “torture porn” horror movies that were so popular at the time like Hostel. Over the last 12 years, Gibson has worked on a number of other projects but nothing nearly as successful. Remember Get the Gringo,” Machete Kills, and The Expendables 3? That’s ok, because hardly anyone else does either. And that, of course, has a lot to do with the fact that he spent several of those years in a seemingly endless public decline fueled by alcoholism and increasingly weird and offensive rants about other religions, women and minorities. We’re talking about a guy who was denied a cameo in The Hangover 2 because he offended the sensibilities of the cast and crew – a protest Zach Galifianakis and pals did not repeat when he was replaced by convicted rapist Mike Tyson. Anyway, in the last few years, Gibson appears to have cleaned up his act a bit, though it’s unclear if the public is ready to forgive him. But take it from one of the few people who actually sat through The Expendables 3, he’s one of the few, er, respectable parts of that flick.

Now, unlike in 2004, it’s safe to assume that if a Passion sequel actually does come together, it will likely focus on the larger story of Jesus, with Gibson taking a backseat. And with the whole crucifixion out of the way, this film could potential be the antithesis of its forebearer, focusing on some of the feel good aspects of the Christian prophet’s biography. And there’s one very strong reason to think this movie will happen, come hell or high water, money: "The evangelical community considers The Passion the biggest movie ever out of Hollywood, and they kept telling us that they think a sequel will be even bigger," Wallace said.